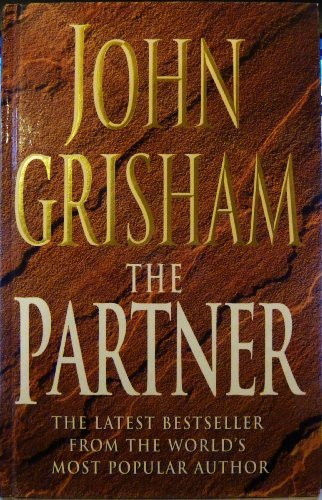 Synopsis: They found him in a small town in Brazil, near the border with Paraguay. He had a new name, Danilo Silva, and his appearance had been changed by plastic surgery. The search had taken four years. They'd chased him around the world, always just missing him. It had cost their clients $3.5 million. But so far none of them had complained. The man they were about to kidnap had not always been called Danilo Silva. Before he had had another life, a life which ended in a car crash in February 1992. His gravestone lay in a cemetry in Biloxi, Mississippi. His name before his death was Patrick S. Lanigan. He had been a partner at an up-and-coming law firm. He had a pretty wife, a young daughter, and a bright future. Six weeks after his death, $90 million disappeared from the law firm. It was then that his partners knew he was still alive, and the long pursuit had begun...

Review: Literary slugger John Grisham returns with a story about-- surprise!--a lawyer in trouble. Patrick Lanigan had been a young partner in a prominent Southern law firm. He had a beautiful wife, a new baby girl, and a bright future. Then one winter night Patrick was trapped in a burning car; the casket they buried held nothing but ashes.

A short distance away, Patrick watched his own burial then fled. A fortune was stolen from his ex-firm's offshore account. And Patrick ran, covering his tracks the whole way.

But, now, they've found him.

Book Description CENTURY. Hardcover. Condition: GOOD. Spine creases, wear to binding and pages from reading. May contain limited notes, underlining or highlighting that does affect the text. Possible ex library copy, thatâ ll have the markings and stickers associated from the library. Accessories such as CD, codes, toys, may not be included. Seller Inventory # 3050812629

Book Description Hardback. Condition: Very Good. The book has been read, but is in excellent condition. Pages are intact and not marred by notes or highlighting. The spine remains undamaged. Seller Inventory # GOR003471734

Book Description Hardback. Condition: Good. The book has been read but remains in clean condition. All pages are intact and the cover is intact. Some minor wear to the spine. Seller Inventory # GOR002710767

Book Description Century 03/04/1997, 1997. Condition: Good. Will be shipped promptly from UK warehouse. Book is in good condition with no missing pages, no damage or soiling and tight spine. There may be some dog-eared pages showing previous use but overall a great book. Seller Inventory # 9053-9780712678414

Book Description Century, 1997. Hardcover. Condition: Used; Good. **Simply Brit** Shipped with Premium postal service within 24 hours from the UK with impressive delivery time. We have dispatched from our book depository; items of good condition to over ten million satisfied customers worldwide. We are committed to providing you with reliable and efficient service at all times. Seller Inventory # 1003518

Book Description Century, 1997. Hardcover. Condition: Used; Good. **SHIPPED FROM UK** We believe you will be completely satisfied with our quick and reliable service. All orders are dispatched as swiftly as possible! Buy with confidence!. Seller Inventory # mon0002079840

Book Description Century, 1997. Hardcover. Condition: Very Good. All orders are dispatched the following working day from our UK warehouse. Established in 2004, we have over 500,000 books in stock. No quibble refund if not completely satisfied. Seller Inventory # mon0004304175

Shipping: US$ 2.94
From United Kingdom to U.S.A.
Destination, rates & speeds