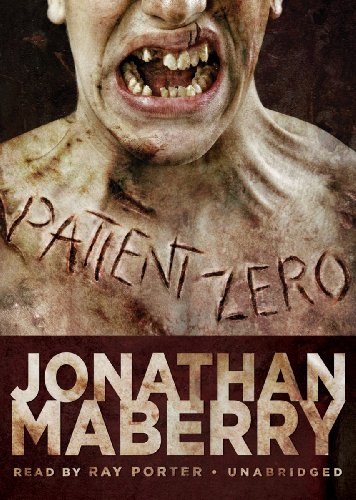 When you have to kill the same terrorist twice in one week there's either something wrong with your world or something wrong with your skills -- and there's nothing wrong with Joe Ledger's skills. And that's both a good and a bad thing. It's good because he's a Baltimore detective who has just been secretly recruited by the government to lead a new task force created to deal with the problems that Homeland Security can't handle. This rapid-response group is called the Department of Military Sciences, or the DMS for short. It's bad because his first mission is to help stop a group of terrorists from releasing a dreadful bio-weapon that can turn ordinary people into zombies. The fate of the world hangs in the balance.

About the Author: JONATHAN MABERRY is the multiple Bram Stoker Award-winning author of Ghost Road Blues, the first of a trilogy of thrillers with a supernatural bite. A professional writer and writing teacher, he has sold more than 1,100 articles, seventeen nonfiction books, six novels, and two plays. He was inducted into the International Martial Arts Hall of Fame in 2004 largely because of his extensive writings in that field.

Book Description Blackstone Audio 2010-10-15, 2010. Audio CD. Condition: Good. Item is in good condition. Some moderate creases and wear. This item may not come with CDs or additional parts including access codes for textbooks. Might be an ex-library copy and contain writing/highlighting. Seller Inventory # DS-1441761756-3