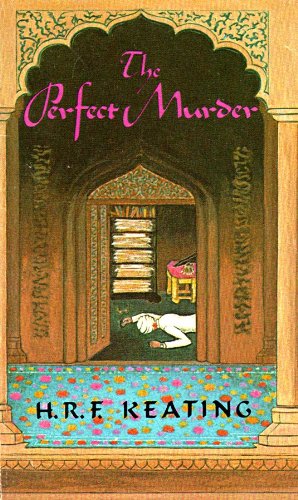 Synopsis: Inspector Ghote's first cases for the Bombay Police Department include a seemingly unsolvable murder and the theft of one rupee from the desk of the Minister of Police Affairs and the Arts.

It is Inspector Ghote s bad luck to be landed with the case of the perfect murder at the start of his career with the Bombay Police. As if it were not enough to have to contend with the cunning and important tycoon Lala Varde, Ghote finds himself investigating a mysterious theft of one rupee from the desk of yet another Very Important Person, the Minister of Police Affairs and the Arts. ''If people would only behave in a simple, reasonable, logical way,'' sighs the Inspector, as he struggles through the quagmires of incompetence and corruption to solve these curious crimes.

The Perfect Murder won an Edgar Special Award from the Mystery Writers of America as well as the Crime Writers Association Golden Dagger Award and was made into a film by Merchant Ivory.

About the Author: H.R.F. KEATING has written numerous novels as well as plays and non-fiction but he is perhaps most famous for the Inspector Ghote series set in India, the first of which, The Perfect Murder, won a Crime Writers' Association Gold Dagger Award and was made into a film by Merchant Ivory. H.R.F. Keating was the crime books reviewer for The Times for fifteen years. He has served as Chairman of the Crime Writers' Association and the Society of Authors, and in 1987 was elected President of the Detection Club. He is married to the actress Sheila Mitchell and lives in London.