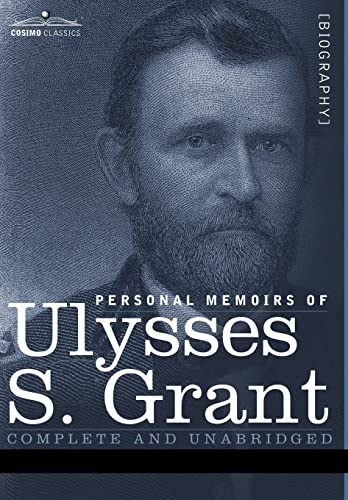 Completed just days before his death and hailed by Mark Twain as "the most remarkable work of its kind since the Commentaries of Julius Caesar," this is the now-legendary autobiography of ULYSSES SIMPSON GRANT (1822-1885), 18th president of the United States and the Union general who led the North to victory in the Civil War. Though Grant opens with tales of his boyhood, his education at West Point, and his early military career in the Mexican-American war of the 1840s, it is Grant's intimate observations on the conduct of the Civil War, which make up the bulk of the work, that have made this required reading for history students, military strategists, and Civil War buffs alike. This unabridged edition features all the material that was originally published in two volumes in 1885 and 1886, including maps, illustrations, and the text of Grant's July 1865 report to Washington on the state of the armies under his command.

In 1862, a prominent Republican visited President Lincoln and called General Ulysses S. Grant an incompetent drunk who created unnecessary political problems. Lincoln, frustrated with all his generals but this one, famously replied: "I can't spare this man; he fights." Indeed, Lincoln had gone through a series of unheroic generals before settling on Grant to lead the Union's Army of the Potomac. Grant's success at marshaling the industrial might of the North eventually pounded the South into submission. This memoir, finished as its author was dying of throat cancer in 1885, is widely admired for its clear and straightforward prose. The volume was an enormously popular hit upon publication (by Mark Twain, no less), and today Personal Memoirs of U.S. Grant ranks among the finest pieces of military autobiography ever written.