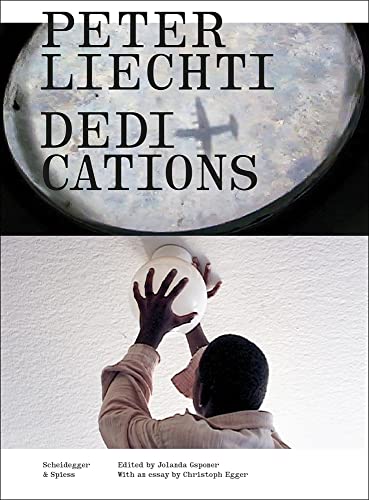 Peter Liechti (1951–2014) was a Swiss filmmaker, director, and cinematographer. When he died after a long illness in 2014, he left behind a body of work comprising more than twenty movies, many of which have been shown at film festivals worldwide. For The Sound of Insects—Record of a Mummy, he was awarded the 2009 European Film Award for Best Documentary. Dedications was his last—and unfinished—project, started when he was already suffering from terminal illness.

Although Liechti’s original intention with Dedications was a trilogy dedicated to Vincent van Gogh, the Swiss writer Robert Walser, and the unknown “Sudanese Chief,” Yet rapid progress of his illness caused him to revise this idea and, instead, Dedications became a dense personal project rooted in the filmmaker’s current state. Although Liechti passed in 2014 before he could complete Dedications, his companion and working partner Jolanda Gsponer has assembled the work in three parts in keeping with his wishes. "Part One" is a reading by the filmmaker from the diary he kept during his hospital stays. In "Part Two," Gsponer and Liechti’s former collaborators present the raw materials for Dedications, conceived and designed in collaboration with renowned Swiss contemporary artist Yves Netzhammer and traveling to film festivals around the world. "Part Three" offers the full text of Liechti’s diary illustrated with one-hundred film stills. Together, the book and DVD pay tribute to this filmmaker whose contribution to European film culture is of immense value.

Jolanda Gsponer is a consultant for experimental and film music. For many years, she was the companion and working partner of the Swiss filmmaker, director, and cinematographer Peter Liechti.