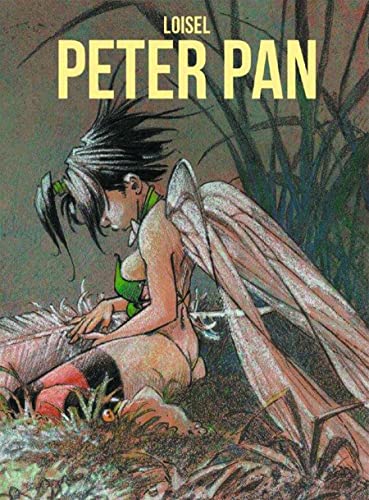 Before he became Peter Pan, before his arrival to Neverland, he was a boy fighting for survival. Born into the harsh Dickensian London suburbs, an alcoholic mother leaving him in an almost-orphan state, Peterâ€™s only retreat from reality was the fantastical stories given to him by a friendly neighbour - allowing him to escape temporarily from the darkness of the adult world.
For the first time this six-volume series will be translated into English and collected in one omnibus edition, for UK audiences. Readers will love the chance to collect this amazing reinterpretation of the J.M Barrieâ€™s Peter Pan story for an adult audience. Loisel offers a unique take on a well-known tale that goes into a grim and dark world; his artwork will transport readers to a different world.

About the Author: RÃ©gis Loisel is widely acknowledged as the first French author to have worked in the fantasy genre in recent decades, his style having become the standard for other European authors working in the genre. He is known best for his work on the best-selling series The Quest of the Time-Bird (La Quete de lâ€™Oiseau du Temps) and his second series Peter Pan. Loisel has also worked with Disney on various animated films such as Mulan and Atlantis.

Book Description Soaring Penguin Press, 2014. Condition: Good. A+ Customer service! Satisfaction Guaranteed! Book is in Used-Good condition. Pages and cover are clean and intact. Used items may not include supplementary materials such as CDs or access codes. May show signs of minor shelf wear and contain limited notes and highlighting. Seller Inventory # 1908030070-2-4

Book Description Condition: Very Good. A quality text at a great price. And we ship fast. CDs & Access codes may not be included as is the case with most used books. Seller Inventory # 4187427