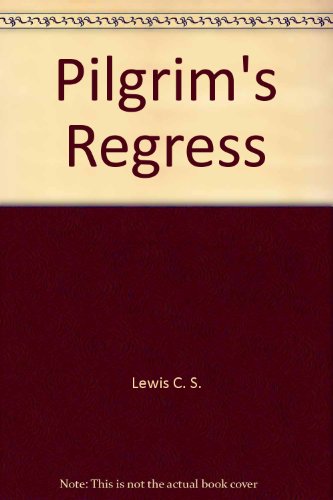 Synopsis: The first book written by C. S. Lewis after his conversion, The Pilgrim's Regress is, in a sense, a record of Lewis' own search for meaning and spiritual satisfaction that eventually led him to Christianity. It is the story of John and his odyssey to an enchanting island that has created in him an intense longing, a mysterious, sweet desire. John's pursuit of this desire takes him through adventures with such people as Mr. Enlightenment, Media Halfways, Mr. Mammon, Mother Kirk, Mr. Sensible, and Mr. Humanist and through such cities as Thrill and Eschropolis, as well as the Valley of Humiliation. Though the dragons and giants here are different from those in Bunyan's The Pilgrim's Progress, Lewis' allegory performs the same function of enabling the author to say in fable form what would otherwise have demanded a full-length philosophy of religion.

Clive Staples Lewis (1898-1963) was one of the intellectual giants of the twentieth century and arguably the most influential Christian writer of his day. He was a fellow and tutor in English literature at Oxford University until 1954, when he was unanimously elected to the chair of Medieval and Renaissance English at Cambridge University, a position he held until his retirement. His major contributions to literary criticism, children's literature, fantasy literature, and popular theology brought him international renown and acclaim. Lewis wrote more than thirty books, allowing him to reach a vast audience, and his works continue to attract thousands of new readers every year. His most distinguished and popular accomplishments include the Chronicles of Narnia, Out of the Silent Planet, The Four Loves, The Screwtape Letters, and Mere Christianity.

Simon Vance is an award-winning actor and an AudioFile Golden Voice with over forty Earphones Awards. He has won thirteen prestigious Audie Awards and was Booklist's very first Voice of Choice in 2008. He has narrated more than eight hundred audiobooks over almost thirty years, beginning when he was a radio newsreader for the BBC in London.

Book Description Bantam Books, 1981. Condition: Good. Shows some signs of wear, and may have some markings on the inside. Seller Inventory # GRP33951264

Book Description Bantam Books, 1981. Condition: Good. A+ Customer service! Satisfaction Guaranteed! Book is in Used-Good condition. Pages and cover are clean and intact. Used items may not include supplementary materials such as CDs or access codes. May show signs of minor shelf wear and contain limited notes and highlighting. Seller Inventory # 0553247794-2-4