Items related to Policing the Planet: Why the Policing Crisis Led to... 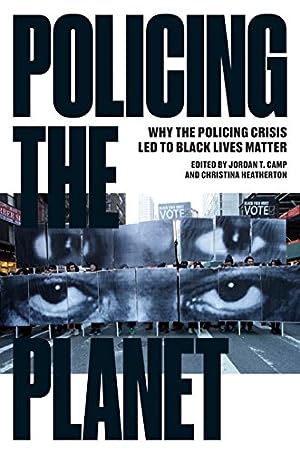 Policing the Planet: Why the Policing Crisis Led to Black Lives Matter

Title: Policing the Planet: Why the Policing Crisis...

How policing became the major political issue of our time

Combining firsthand accounts from activists with the research of scholars and reflections from artists, Policing the Planet traces the global spread of the broken-windows policing strategy, first established in New York City under Police Commissioner William Bratton. It’s a doctrine that has vastly broadened police power the world over—to deadly effect.

Jordan T. Camp is Director of Research at the People’s Forum, Visiting Scholar in the Center for Place, Culture and Politics at the Graduate Center of the City University of New York, and Co-Director of the Racial Capitalism Working Group in the Center for the Study of Social Difference at Columbia University.

Christina Heatherton is an Assistant Professor of American Studies at Barnard College.