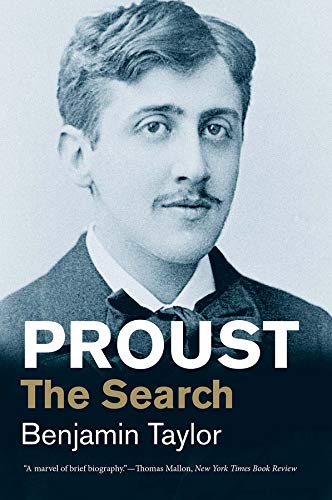 An arresting new study of the life, times, and achievement of one of the most influential writers of the twentieth century

“Taylor’s endeavor is not to explain the life by the novel or the novel by the life but to show how different events, different emotional upheavals, fired Proust’s imagination and, albeit sometimes completely transformed, appeared in his work. The result is a very subtle, thought-provoking book.”—Anka Muhlstein, author of Balzac’s Omelette and Monsieur Proust’s Library

Marcel Proust came into his own as a novelist comparatively late in life, yet only Shakespeare, Balzac, Dickens, Tolstoy, and Dostoyevsky were his equals when it came to creating characters as memorably human. As biographer Benjamin Taylor suggests, Proust was a literary lightweight before writing his multivolume masterwork In Search of Lost Time, but following a series of momentous historical and personal events, he became—against all expectations—one of the greatest writers of his, and indeed any, era.

This insightful, beautifully written biography examines Proust’s artistic struggles—the “search” of the subtitle—and stunning metamorphosis in the context of his times. Taylor provides an in-depth study of the author’s life while exploring how Proust’s personal correspondence and published works were greatly informed by his mother’s Judaism, his homosexuality, and such dramatic events as the Dreyfus Affair and, above all, World War I. As Taylor writes in his prologue, “Proust’s Search is the most encyclopedic of novels, encompassing the essentials of human nature. . . . His account, running from the early years of the Third Republic to the aftermath of World War I, becomes the inclusive story of all lives, a colossal mimesis. To read the entire Search is to find oneself transfigured and victorious at journey’s end, at home in time and in eternity too.”

Benjamin Taylor is a founding member of the Graduate Writing Program faculty at the New School and the author or editor of six previous books, including The Book of Getting Even and Saul Bellow: Letters.