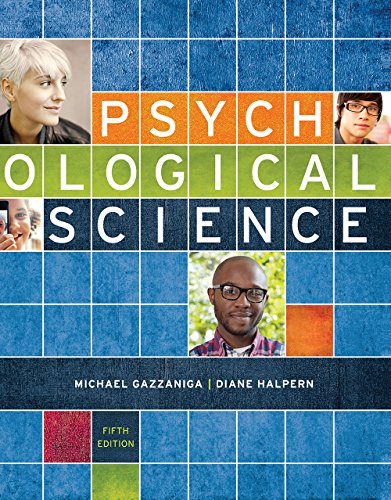 Quantity available: 5
View all  copies of this book
Buy Used
Price: US$ 58.67 Convert Currency
Shipping: US$ 14.00 From Canada to U.S.A. Destination, rates & speeds
Add to basket

Psychological Science, Fifth Edition, is a dynamic introduction to psychology that reflects the latest APA Guidelines. With psychological reasoning at the core of this edition, students will learn to critically evaluate information and become better scientific thinkers. W. W. Norton’s new, formative, adaptive online learning tool, InQuizitive, identifies what students know, personalizes review content to give them the help they need, and improves student understanding through an engaging, gamelike environment. About the Author:

Michael S. Gazzaniga is Distinguished Professor and Director of the Sage Center for the Study of the Mind at the University of California, Santa Barbara. In his career, he has introduced thousands of students to psychology and cognitive neuroscience.


Shipped using protected materials via Canada Post. Insurance as provided by Canada Post. If there are any unusual charges, such as for extra large books, distant destinations, etc., we will inform you before shipping.