Items related to Public Administration in a Globalizing World: Theories... 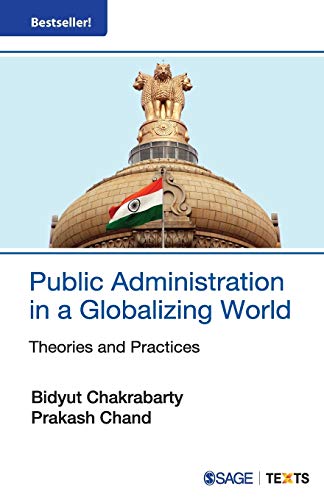 Public Administration in a Globalizing World: Theories and Practices

Quantity available: 1
View all  copies of this book
Buy Used
Price: US$ 5.00 Convert Currency
Shipping: US$ 27.17 From India to U.S.A. Destination, rates & speeds
Add to basket

This book provides a synoptic view of the developments in the discipline of public administration in the age of globalization. The strength of the book lies in its ability to dwell on issues critical to understanding governance, while taking into account the significant transformations that have taken place in civil society and administrative set-ups across the world.

Professor Bidyut Chakrabarty is currently a faculty at the Department of Political Science at the University of Delhi, New Delhi. He earned his PhD from the London School of Economics and has been associated with teaching and research for more than three decades. He has taught in some of the most prestigious educational institutions, such as the London School of Economics, UK; the Indian Institute of Management (IIM) Calcutta, India; Monash University, Australia; the National University of Singapore, Singapore; and Hamburg University, Germany.