Items related to QUEEN OF AMERICA: A Novel 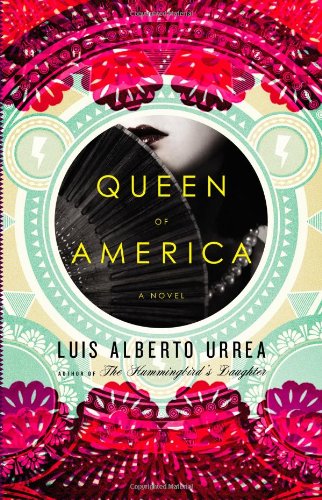 QUEEN OF AMERICA: A Novel

Signed by author on title page in black fountain ink. The heroine of THE HUMMINGBIRD'S DAUGHTER returns in this epic novel of love and loss in a restless America. Luis Alberto Urrea's previous books also include THE DEVIL'S HIGHWAY (a finalist for the Pulitzer Prize), ACROSS THE WIRE, BY THE LAKE OF SLEEPING CHILDREN, and INTO THE BEAUTIFUL NORTH. As new, unread, first edition, first printing, in fine, mylar-protected dust jacket. *Packed carefully and shipped in a box to insure arrival in pristine condition. {Not remainder-marked or price-clipped} L152. Bookseller Inventory # 020269

Title: QUEEN OF AMERICA: A Novel

At turns heartbreaking, uplifting, fiercely romantic, and riotously funny, QUEEN OF AMERICA tells the unforgettable story of a young woman coming of age and finding her place in a new world. Beginning where Luis Alberto Urrea's bestselling The Hummingbird's Daughter left off, QUEEN OF AMERICA finds young Teresita Urrea, beloved healer and "Saint of Cabora," with her father in 1892 Arizona. But, besieged by pilgrims in desperate need of her healing powers, and pursued by assassins, she has no choice but to flee the borderlands and embark on an extraordinary journey into the heart of turn-of-the-century America.
Teresita's passage will take her to New York, San Francisco, and St. Louis, where she will encounter European royalty, Cuban poets, beauty queens, anxious immigrants and grand tycoons-and, among them, a man who will force Teresita to finally ask herself the ultimate question: is a saint allowed to fall in love?

Luis Alberto Urrea is the author of, among other books, The Devil's Highway, The Hummingbird's Daughter, and Into the Beautiful North. Winner of a Lannan Literary Award and Christopher Award, he is also the recipient of an American Book Award, the Kiriyama Prize, the National Hispanic Cultural Center's Literary Award, a Western States Book Award, a Colorado Book Award, an Edgar Award and a citation of excellence from the American Library Association. He is a member of the Latino Literary Hall of Fame.