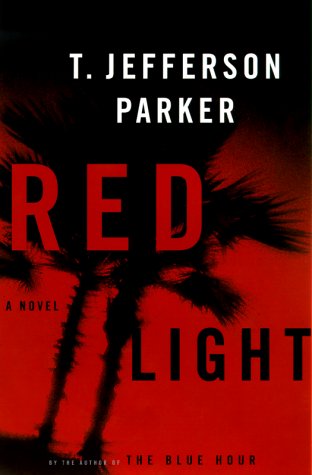 Signed by author on title page. Author is a two-time winner of the Edgar Award for Best Mystery, for SILENT JOE and CALIFORNIA GIRL. As new, first edition, first printing, in fine, mylar-protected dust jacket. {Not remainder-marked or price-clipped} M5. Bookseller Inventory # 10489

Two years after the death of Tim Hess, her partner and father of her child, Merci Rayborn, the Orange County homicide investigator introduced in Parker's "insanely imaginative" (The New York Times Book Review) The Blue Hour, is back. Merci has finally gotten her life together. She and her son are living with her father, a retired cop, and she is dating Mike McNally, a respected fellow officer. When a young prostitute is found murdered and Mike emerges as the primary suspect, Mercy must do the unthinkable--expose and arrest her lover.

Parker's many fans met Merci Rayborn, the Orange County homicide investigator, in The Blue Hour, and will be happy to renew their acquaintance with her in Red Light. Although she's still mourning the death of her former partner Tim Hess, who fathered her 2-year-old son, her relationship with fellow cop Mike McNally is progressing nicely, and so is her career on the force. Then two murders, decades apart, come together in a way that shakes Merci's world both personally and professionally; two beautiful young prostitutes are both killed for what they knew and what they threatened to tell. Who's covering up the corruption in the department that led to the first murder? And was Merci's lover responsible for the second? Someone's sending Merci evidence that disappeared from the police locker years ago; did that same person frame Mike too?

Merci doesn't want to believe McNally's involved, but everything points to him. When she's forced to arrest him, everything she believes in comes in for a painful reexamination. And when her efforts to solve both killings lead inexorably back to where they started--to the department itself--she faces the most difficult challenge of all.

Parker is a masterful writer, with a sure command of the idiom, a fine sense of pacing, and more emotional depth than many of his colleagues. Fans will applaud this outing, and new readers will seek out his extensive backlist. --Jane Adams