Items related to ROOM: A Novel 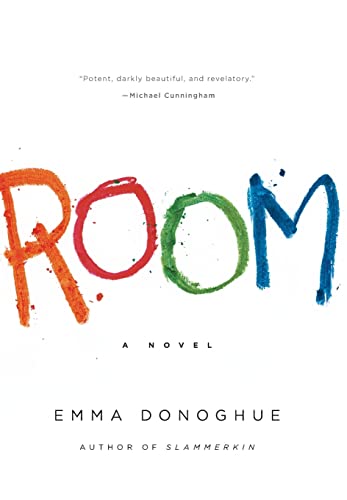 Signed by author on title page in black fountain ink. ROOM is a sui generis work of literature; it was a finalist for the Man Booker Prize and the basis for the Academy Award-winning film directed by Lenny Abrahamson and starring Brie Larson (who won the 2016 Best Actress Oscar for her role as Ma) and Jacob Tremblay. In addition to many critical accolades, the movie also garnered Academy Award nominations for Donoghue (Best Writing, Adapted Screenplay) and Abrahamson (Best Achievement in Directing). Donoghue is also the author of LIFE MASK, THE WOMAN WHO GAVE BIRTH TO RABBITS (a collection of short stories), SLAMMERKIN, and, most recently, THE WONDER. As new, first edition, first printing, in as new, mylar-protected dust jacket. {Not remainder-marked or price-clipped} BUND. Bookseller Inventory # 022488

To five-year-old Jack, Room is the entire world. It is where he was born and grew up; it's where he lives with his Ma as they learn and read and eat and sleep and play. At night, his Ma shuts him safely in the wardrobe, where he is meant to be asleep when Old Nick visits.

Room is home to Jack, but to Ma, it is the prison where Old Nick has held her captive for seven years. Through determination, ingenuity, and fierce motherly love, Ma has created a life for Jack. But she knows it's not enough...not for her or for him. She devises a bold escape plan, one that relies on her young son's bravery and a lot of luck. What she does not realize is just how unprepared she is for the plan to actually work.

Told entirely in the language of the energetic, pragmatic five-year-old Jack, Room is a celebration of resilience and the limitless bond between parent and child, a brilliantly executed novel about what it means to journey from one world to another.

Amazon Best of the Month, September 2010: In many ways, Jack is a typical 5-year-old. He likes to read books, watch TV, and play games with his Ma. But Jack is different in a big way--he has lived his entire life in a single room, sharing the tiny space with only his mother and an unnerving nighttime visitor known as Old Nick. For Jack, Room is the only world he knows, but for Ma, it is a prison in which she has tried to craft a normal life for her son. When their insular world suddenly expands beyond the confines of their four walls, the consequences are piercing and extraordinary. Despite its profoundly disturbing premise, Emma Donoghue's Room is rife with moments of hope and beauty, and the dogged determination to live, even in the most desolate circumstances. A stunning and original novel of survival in captivity, readers who enter Room will leave staggered, as though, like Jack, they are seeing the world for the very first time. --Lynette Mong