Items related to THE ROYAL FAMILY 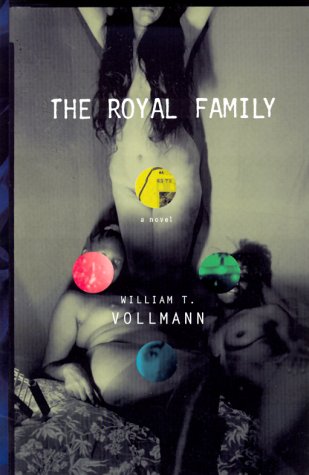 As new, first edition, first printing , in as new, mylar-protected dust jacket.*Please note that this large, heavy book will be carefully packed and ships in a box to insure arrival in pristine condition. 780 pp. {BUND}. Bookseller Inventory # 022361

In a vivid novel about the bizarre paradoxes of possession and loss, failing San Francisco private detective Henry Tyler journeys through the dark underbelly of the city as he searches for the legendary Queen of the Prostitutes, all the while grieving over the suicide of the woman he loves, his brother's wife, Irene.

By the standards of the street, Henry Tyler is a good man, kind to hookers and the homeless, skilled at avoiding fights. He'd be the first to admit that his job as a private investigator is unsavory, and he turns away many prospective clients by suggesting that they may not want to hate their spouses any more than they already do. The love of his life, to his regret, is his brother's sweet, conventional wife, Irene. Henry's brother John, in almost black-and-white contrast, is cold and professional, all his yearnings focused on becoming full partner in his law firm. He manages to distance himself emotionally from everything but his mother and the hand-painted Italian silk ties that signify success to him. Although not overly fond of his wife, he resents Henry's longing for her, which seems to typify everything sloppy and extravagant in his brother's nature, everything that marks him as a loser.

On this classic framework William Vollmann has hung a gargantuan novel, by turns satiric, philosophical, lyrical, and baroque. It is a song of San Francisco. Rarely has a city been explored so tenderly and ruthlessly, from the mansions of Pacific Heights to the flophouses of the Tenderloin. In one of his many loving set pieces, Vollmann sends Henry Tyler through the streets surrounding Union Square, where a Peruvian quartet is playing to some weary tourist ladies.

Their lives were passing, vacations trickling through the hourglass; moment by moment this warmish blue San Francisco day was being wasted. They sat beneath lush palm-trees, and distantly a trolley-car sounded its bell as he heard the ladies talking about grilled-cheese sandwiches; then he was past them and could not hear anymore.

Tyler spots a gray-haired man digging in a garbage can. Near him, "reflected palm-tendrils swerved and curved in the windows of Macy's, and skyscrapers' terraces swelled and bowed there as if in the throes of an immense explosion. The Peruvians' music, gentle and strangely liquid, seemed the appropriate solvent for this image of dissolution."

When Irene--pregnant and neglected--kills herself, John disappears into his work while Henry, in a quest that parallels the course of his grief, devotes himself to the Queen of the Whores, a dark saint who protects the lowest of the low. It makes all the difference that our Virgil for this journey to the underworld is this good-natured and observant man, whose physical appetites never overwhelm his sympathy for the addicted and exploited. Henry remains firmly on the side of good, even when the boundaries blur before his eyes. At times, the author invites identification with his big-hearted hero, as when he veers into an agitated, first-person essay on the judicial evil of bail. Beat-flavored, with touches of Rabelais, Céline, and, oddly, T.S. Eliot, The Royal Family is Vollmann's most ambitious work to date, and a noisy, compelling world in itself. --Regina Marler