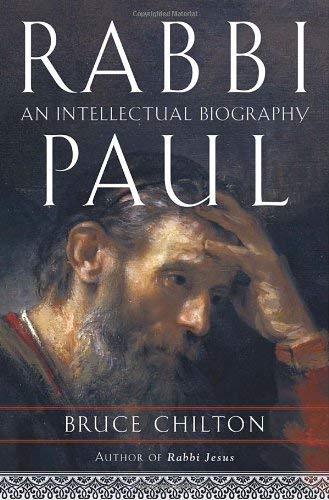 A brilliant new biography of Saint Paul, whose interpretations of the life and teachings of Jesus transformed a loosely organized, grassroots peasant movement into the structured religion we know today

Without Paul, there would be no Christianity. His letters to various churches scattered throughout the Roman Empire articulated, for the first time, the beliefs that make up the heart of Christian practice and faith. In this extraordinary biography, Bruce Chilton explains the changing images of Paul, from the early Church period when he was regarded as the premiere apostle who separated Christianity from Judaism to more recent liberal evaluations, which paint him as an antifeminist, homophobic figure more dedicated to doctrine than to spiritual freedom. By illuminating Paul’s thoughts and contributions within the context of his time, Chilton restores him to his place as the founding architect of the Church and one of the most important figures in Western history.

Rabbi Paul is at once a compelling, highly readable biography and a window on how Jesus’ message was transformed into a religion embraced by millions around the world. Drawing on Paul’s own writings as well as historical and scholarly documents about his life and times, Chilton portrays an all-too-human saint who helped to create both the most beautiful and the most troublesome aspects of the Church. He shows that Paul sought to specify the correct approach to such central concerns as sexuality, obedience, faith, conscience, and spirit, to define religion as an institution, and to clarify the nature of the religious personality—issues that Christians still struggle with today.

Praise for Rabbi Jesus:“Bruce Chilton’s masterpiece of religious narrative marks a genuinely new and important step beyond the now-faltering historical Jesus movement.” —Jacob Neusner, The Jerusalem Post“Open this book and see Jesus as you’ve never seen him. . . . This is one heck of a good read. And it left me feeling better than ever about the Jesus we try to serve and follow.” —National Catholic Reporter“Engaging and lively...Chilton has done an admirable job of taking us into Jesus’ world and witnessing the life of one of history’s most important figures.” —The Charlotte Observer“Rabbi Jesus is a scholarly pursuit that reads more like a novel. The biography flows with the fluidity of an adventure tale, rich in characters, texture and detail.” —The Herald-Sun (Durham, North Carolina)