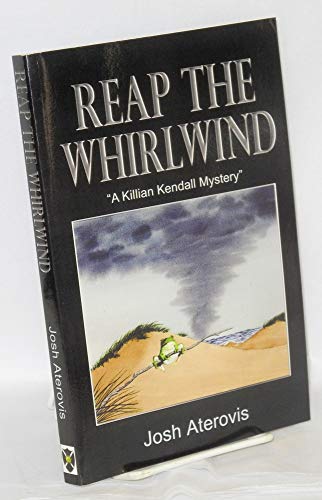 Synopsis: "Nothing can stay the same forever. We get in trouble in life when we think it can and will. Everything changes, or as King Solomon said in the Bible and The Byrds sang in the 60’s, to everything there is a season and a time for every purpose under heaven. It’s not a particularly easy lesson to learn, or a fun one for that matter. I learned it the summer between high school and college, and my life would never be the same."

Will's life is changing so quickly he can’t keep up. He's moving out of his parents' home for the first time, changing careers, making new friends, and falling in love with the person he least expected. In the process, he’s also learning a lot about himself. As if he doesn't have enough going on, his life-long best friend dies in what appears to be a drunken accident. But when Will receives a note hinting that it may not have been an accident after all, he finds that he can't rest until he knows the truth. With the help of Killian Kendall and his friends, Will begins an amateur investigation that will result in even more death. Will thought the biggest changes were behind him, but they had only just begun.

Reap the Whirlwind blends a coming-of-age story and mystery with a powerful love story. It is the winner of two Gay Writers Guild awards.

About the Author: Josh Aterovis, a twenty-something artist-author, was born and bred on the Eastern Shore of Maryland and lives there with his partner, Jon. Aterovis is a Latin pseudonym meaning "black sheep."

Whenever anyone asked Josh what he wanted to be when he grew up, he always said an author. It got him plenty of strange looks, but he never really expected it to come true; it was just one of those things a kid says. In 1999, Josh’s wishful dream became reality when he began to write a story and post it on the Internet. Bleeding Hearts resonated deeply with readers who encouraged him to seek publication, and in 2001, the story was published by Renaissance Alliance Publishing, Inc. Named the Best Whodunit of 2002 by the Stonewall Society, Bleeding Hearts became the first book in the Killian Kendall mystery series.

Reap the Whirlwind, his second book featuring amateur sleuth Killian Kendall, is available as of May 5th, 2003. Josh has completed four books in the series and is currently working on the fifth. He has won numerous awards for his writing and for his web site, which also features his well-received art gallery.

In Josh’s own words, "I want to make a difference in the lives of other gay people. I want to let them know that they are not alone and they are of worth. It was a message I never received until I was an adult, and I think it’s very important to hear, especially for teens struggling with their identity. In my writing, I wanted to present a lifestyle that wasn't morally bankrupt and was, in fact, quite normal. I hope my characters shine through as people first, with their sexuality of lesser importance."

Book Description Regal Crest Enterprises. Paperback. Condition: Very Good. A copy that has been read, but remains in excellent condition. Pages are intact and are not marred by notes or highlighting, but may contain a neat previous owner name. The spine remains undamaged. At ThriftBooks, our motto is: Read More, Spend Less. Seller Inventory # G1932300058I4N00

Book Description Regal Crest Enterprises, LLC, 2003. Condition: Good. A+ Customer service! Satisfaction Guaranteed! Book is in Used-Good condition. Pages and cover are clean and intact. Used items may not include supplementary materials such as CDs or access codes. May show signs of minor shelf wear and contain limited notes and highlighting. Seller Inventory # 1932300058-2-4