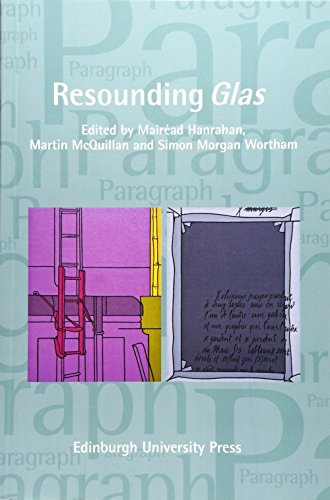 Mairead Hanrahan is Professor of French at University College London. She is Editor of the journal Paragraph.

Martin McQuillan is Professor of Literary Theory and Cultural Analysis at the London Graduate School and Dean of the Faculty of Arts and Social Sciences at Kingston University, London. His recent publications include Deconstruction After 9/11(London: Routledge, 2008) and Roland Barthes, or, The
Profession of Cultural Studies (Basingstoke: Palgrave Macmillan, 2010).

Simon Morgan Wortham is Professor of English and Associate Dean (Research) in the Faculty of Arts and Social Sciences at Kingston University and Co-Director of the London Graduate School. He is the author of: The Poetics of Sleep: From Aristotle to Nancy (Bloomsbury, 2013), The Derrida Dictionary
(Continuum, 2010), Derrida: Writing Events (Continuum, 2008), Experimenting: Essays With Samuel Weber (Fordham University Press, 2007) (co-edited with Gary Hall), Encountering Derrida: Legacies and Futures of Deconstruction (Continuum, 2007) (co-edited with Allison Weiner), Counter-institutions:
Jacques Derrida and the Question of the University (Fordham University Press, 2006), Samuel Weber: Acts of Reading (Ashgate, 2003), and Rethinking the University: Leverage and Deconstruction (Manchester University Press, 1999).