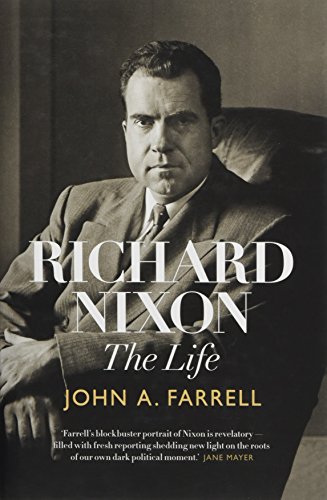 Synopsis: A deeply researched, superbly crafted biography of America’s most complex president. In Richard Nixon , award-winning biographer John A. Farrell examines the life and legacy of one of America’s most controversial political figures. Beginning in 1946, when young Navy lieutenant ‘Nick’ Nixon returned from the Pacific and set his cap at Congress, Farrell traces how this idealistic dreamer became the ruthless man we remember Nixon as today. Within four years of that first win, Nixon would be a senator; in six, the vice president; and then president. His staff of bright young men devised forward-thinking reforms addressing health care, poverty, civil rights, and protection of the environment. It was a fine legacy, but Nixon cared little for it. He aspired to make his mark on the world stage instead, and his 1972 opening to China was the first great crack in the Cold War. But Nixon had another legacy: an America divided and polarised. It was Nixon who launched the McCarthy era, who set South against North, and who spurred the silent majority to despise and distrust the country's elite. Finally, in August 1974, two years after the Watergate scandal, Nixon became the only president to resign in disgrace. Richard Nixon is a magisterial portrait of the man who embodied post-war American political cynicism - and was destroyed by it.

Book Description Scribe, 2017. Hardcover. Condition: New. In 1946, a young Navy lieutenant returned from war in the Pacific to set his sights on Congress. Within four years of that first win, he was a senator; within six, vice president. This biography charts the transformation of the idealistic young dreamer into the only US president to leave office in disgrace. Meticulously researched and scrupulously balanced, the book sets Nixon?s achievements ? healthcare, civil rights, environmental reforms and détente with China ? against the sinister legacy of McCarthyism and Watergate. Seller Inventory # 506785