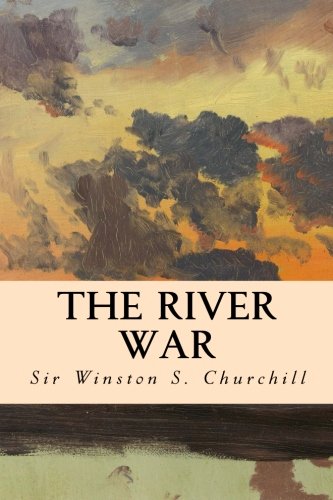 Synopsis: The River War-An Account of the Reconquest of the Sudan is a classic military history text by Winston Churchill. The reconquest of the Egyptian Sudan was a military achievement remarkable first of all for the fact that unvarying and complete success attended every movement form the advance from Wady Halfa to the defeat and death of the Khalifa. This success was mainly due to one man endowed with extraordinary organizing genius, seconded by able and zealous subordinates. Aware that there was a war in Sudan, Churchill determined to be part of it. He was not alone in this, because in a time generally of peace, many British Army officers wanted experience of battle to further their careers. In Churchill's case, he did not see his career as lying with the army, but had already started writing about wars and wanted a new campaign to write about. He first attempted to obtain a transfer from his regiment stationed in India to the 21st Lancers, which was the unit taking part in the war. This was granted by the War Office, but rejected by the commander of the British force in Sudan, General Kitchener. Churchill next took leave to Britain, where he enlisted friends and family to lobby Kitchener to permit him to take part. This continued to be unsuccessful, even when the prime minister Lord Salisbury made an inquiry on his behalf. Eventually, however, he prevailed upon Sir Evelyn Wood, Adjutant General of the Horse Guards, who had authority over appointments to the regiment in England, and he received an attachment to the Lancers in place of an officer who had died, on 24 July 1898. On 5 August he was in Luxor and on 24 August the regiment set out from Atbara to attack the Mahdist forces. Before leaving London, Churchill obtained a commission to write accounts of the war for the Morning Post, producing 13 articles between 23 September and 8 October 1898 for which he was paid £15 each.[2]:125 This helped offset his expenses for the trip, which the War Office had declined to meet, as well as refusing any liability should he be killed or injured.[1]:39 The Times had two correspondents covering the war, one of whom was killed and another injured, and Churchill wrote a piece for this newspaper also, but Kitchener vetoed the sending of the report.[2]:124 After the Battle of Omdurman the Lancers were ordered to return to other duties so Churchill's personal experience of the war ceased at that point. Although Omdurman had been taken from Khalifa Abdullahi, the Khalifa himself escaped and was not captured for another year.[1]:41 The campaign included a number of persons who were to play important parts in the First World War. Aside from Churchill and Kitchener, captains Douglas Haig and Henry Rawlinson became generals in the war, while Lieutenant David Beatty, then commanding a Nile gunboat, became an admiral and commanded the British Grand Fleet.[1]:40 Churchill returned to England to complete his leave, before returning to India for three months and finally resigning from the army. As a direct result of Churchill's writings, a rule was introduced prohibiting serving officers from also acting as war correspondents. This was one factor contributing to his leaving the army, since his earnings from writing were some five times greater than his army pay during his three years of army service.

About the Author: Sir Winston Leonard Spencer-Churchill (1874 - 1965) was a British statesman who was the Prime Minister of the United Kingdom from 1940 to 1945 and again from 1951 to 1955. Churchill was also an officer in the British Army, a non-academic historian, a writer (as Winston S. Churchill) and an artist. He won the Nobel Prize in Literature in 1953 for his overall, lifetime body of work. In 1963, he was the first of only eight people to be made an honorary citizen of the United States. In addition to his careers of soldier and politician, he was a prolific writer under the pen name "Winston S. Churchill". After being commissioned into the 4th Queen's Own Hussars in 1895, Churchill gained permission to observe the Cuban War of Independence and sent war reports to The Daily Graphic. He continued his war journalism in British India, at the Siege of Malakand, then in the Sudan during the Mahdist War and in southern Africa during the Second Boer War.

Book Description CreateSpace Independent Publishing Platform, 2015. Condition: Good. 1st Edition. Former Library book. Shows some signs of wear, and may have some markings on the inside. Seller Inventory # GRP111318697