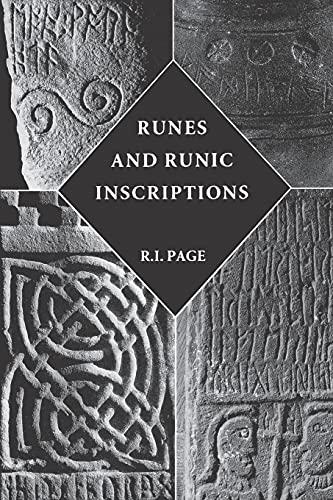 How, where and why runes were used is still often mysterious; they continue to set puzzles for those who study them, among whom few are better known than the author of this book. Here he investigates evidence from Anglo-Saxon runic coins to Manx inscribed stones, including many of the known Anglo-Saxon runic inscriptions (notably the Ruthwell cross and the Franks casket) and manuscripts, and looks in passing at some Scandinavian material, both in Great Britain and elsewhere. In addition to these detailed descriptions of inscriptions, and of the runic futhorc, or alphabet, on which they are based, Page also considers wider issues on which runes throw light: magic, paganism and literacy. Archaeologists, historians and others will find this a uniquely useful and authoritative volume on Anglo-Saxon runes. The late R.I. PAGE was a Fellow of Corpus Christi College, Cambridge, and Emeritus Professor of Anglo-Saxon, Cambridge University.

The late R.I. PAGE was a Fellow of Corpus Christi College, Cambridge, and Emeritus Professor of Anglo-Saxon, Cambridge University.