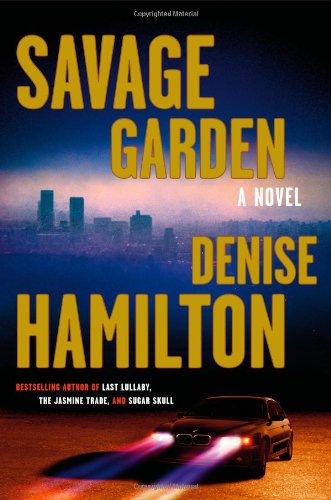 When the unstable leading lady of a new Los Angeles stage production is found murdered, reporter Eve Diamond conducts a personal investigation to clear the name of her boyfriend, Silvio, who has been charged with the crime, a case that is complicated by the unethical practices of her fledgling protégée, Felice. By the author of Last Lullaby. 100,000 first printing.

Denise Hamilton is a writer-journalist whose work has appeared in the Los Angeles Times, Cosmopolitan, and The New York Times and is the author of five acclaimed Eve Diamond crime novels, Prisoner of Memory, Savage Garden, Last Lullaby, Sugar Skull, and The Jasmine Trade, all of which have been Los Angeles Times bestsellers. She is also the editor of and a contributor to the short story anthology Los Angeles Noir, winner of the Southern California Independent Booksellers Association Award for Best Mystery of 2007. She lives in Los Angeles with her husband and two young children. Visit her at www.denisehamilton.com.