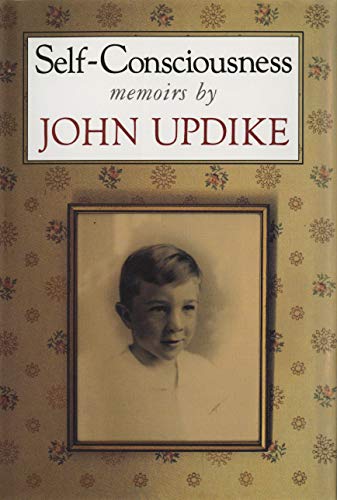 John Updike’s memoirs consist of six chapters in which he writes of his home town, his psoriasis, his stuttering, his discomfort during the Vietnam war, his Updike ancestors, and his religion and sense of self. These essays together give the inner shape of a life, up to the age of fifty-five, of a relatively fortunate American male. He has attempted, his foreword states, “to treat this life, this massive datum which happens to be mine, as a specimen life, representative in its odd uniqueness of all the oddly unique lives in this world.” In the service of this metaphysical effort, he has been hair-raisingly honest and beautifully eloquent, not to say, in a number of places, self-effacingly funny. He takes the reader beyond self-consciousness, into sheer wonder at the world and its fabric.

One of our finest novelists now gives us his most dazzling creation -- his own life. In six eloquent and compelling chapters, the author of The Witches of Eastwick and the wonderful Rabbit trilogy gives us an incitingly honest look at the makings of an American writer -- and of an American man.

Here is Updike on his childhood, on ailments both horrible (psoriasis) and hilarious (his experiences at the hands of a dentist), on his stuttering, on his feelings during the Vietnam War, on his genealogy. and on that most elusive of subjects, his innermost self. What emerges is a fascinating, fully formed portrait -- candid, often very, funny, and always illuminating.