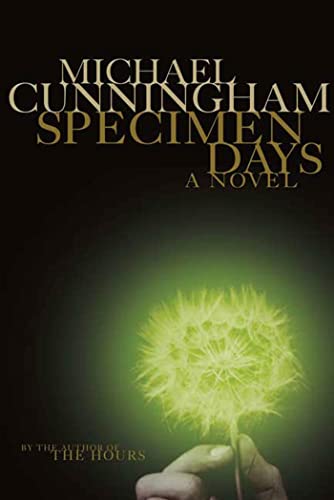 Signed by author on title page in black fountain ink. By the Pulitzer Prize-winning author of THE HOURS and AT HOME AT THE END OF THE WORLD. As new, first edition, first printing, in fine, mylar-protected dust jacket.{Not remainder-marked or price-clipped} L133. Bookseller Inventory # 021812

In each section of Michael Cunningham's bold new novel, his first since The Hours, we encounter the same group of characters: a young boy, an older man, and a young woman. "In the Machine" is a ghost story that takes place at the height of the industrial revolution, as human beings confront the alienating realities of the new machine age. "The Children's Crusade," set in the early twenty-first century, plays with the conventions of the noir thriller as it tracks the pursuit of a terrorist band that is detonating bombs, seemingly at random, around the city. The third part, "Like Beauty," evokes a New York 150 years into the future, when the city is all but overwhelmed by refugees from the first inhabited planet to be contacted by the people of Earth.

Presiding over each episode of this interrelated whole is the prophetic figure of the poet Walt Whitman, who promised his future readers, "It avails not, neither time or place . . . I am with you, and know how it is." Specimen Days is a genre-bending, haunting, and transformative ode to life in our greatest city and a meditation on the direction and meaning of America's destiny. It is a work of surpassing power and beauty by one of the most original and daring writers at work today.

Michael Cunningham was raised in Los Angeles and lives in New York City. He is the author of the novels The Hours, A Home at the End of the World, Flesh and Blood, and By Nightfall. His work has appeared in The New Yorker and Best American Short Stories, and he is the recipient of a Whiting Writer's Award. He received the Pulitzer Prize for Fiction and the PEN/Faulkner Award for The Hours, which was a New York Times bestseller, and was chosen as a Best Book of 1998 by The New York Times, Los Angeles Times, and Publishers Weekly. He is a Professor at Brooklyn College for the M.F.A program.