Items related to THE STOLEN HEART: A Novel of Suspense {Signed by author,... 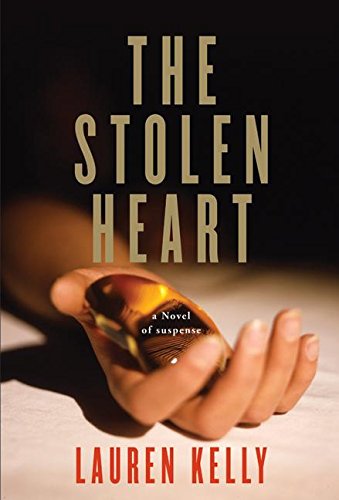 THE STOLEN HEART: A Novel of Suspense {Signed by author, Joyce Carol Oates}

Signed by author {Joyce Carol Oates} on title page in black ink. Lauren Kelly, the author also of TAKE ME, TAKE ME WITH YOU and BLOOD MASK, is one of the nom-de-plumes of Joyce Carol Oates, who also sometimes writes thrillers as Rosamond Smith. As new, unread copy, in fine, mylar-protected dust jacket. L18. Bookseller Inventory # 019820

Title: THE STOLEN HEART: A Novel of Suspense {...

From Lauren Kelly, "a writer of formidable talent" (Scott Turow), comes the page-turning story of Merilee Graf, whose past and present mysteries converge in a revelation too painful, and too shocking, for her to accept.

Sixteen years ago, a vivacious fifth-grade classmate of Merilee Graf was abducted from a park in Mt. Olive, New York. Haunted by the memory of the eleven-year-old "gypsy-looking" girl whose disappearance has never been explained, Merilee returns home to keep a vigil at the bedside of her dying father, a prosperous importer of exotic goods and a former, popular mayor of the upstate New York town on the Chautauqua River. After Mr. Graf's death, Merilee finds herself an "heiress" in more ways than one as she becomes involved, with both dread and fascination, with two very different men from her Mt. Olive past -- the elusive older brother of her missing classmate and her own seductive "Uncle Jedah," executor of her father's estate. Past and present mysteries converge in a revelation too painful, and too shocking, for Merilee to accept, and in a sudden act of reckless courage she frees herself of the terrifying obsessions of the past.

Lauren Kelly is one pseudonym of Joyce Carol Oates, a recipient of the National Book Award and the PEN/Malamud Award for Excellence in Short Fiction. Oates's most recent novel, The Falls, was a New York Times Notable Book, a Washington Post Best Book of 2004, and a Chicago Tribune Top Ten Book of 2004. She is the Roger S. Berlind Distinguished Professor of Humanities at Princeton University and has been a member of the American Academy of Arts and Letters since 1978. In 2003 she was a recipient of the Commonwealth Award for Distinguished Service in Literature. In 2005 she was awarded France's Prix Femina for The Falls.