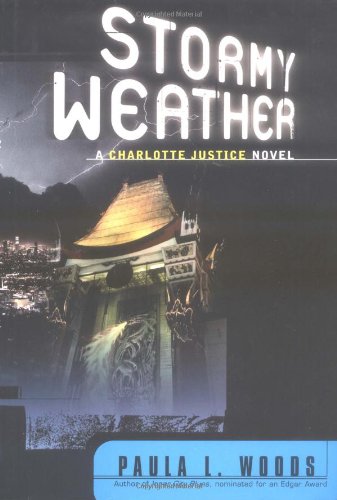 Detective Charlotte Justice of the LAPD Robbery-Homicide division puts her career, her personal relationships, and her life on the line as she investigates the murder of pioneering African-American film director Maynard Duncan, a show business contemporary of her father.

Penzler Pick, September 2001: This is the author's second book featuring Los Angeles homicide detective Charlotte Justice (the first was Inner City Blues). Paula Woods, who earlier wrote Spooks, Spies and Private Eyes, a fascinating nonfiction study of the African American sleuth in fiction, follows where other black women mystery writers such as Blanche Neely and Eleanor Taylor Bland have led, while putting her own stamp on the form.

While Charlotte Justice makes for an admirably complex heroine, always serious and ambitious in her approach to her law-enforcement career, what really lies at the heart of Woods's books (and gives them their complexity) is the relationship between Charlotte and the large, embracing clan to which she belongs. The "Nut House" is what she calls her parents' home, located in an upper-middle-class black L.A. neighborhood, and inside its walls there is always a surfeit of bantering, advice-giving, juicy anecdote-telling relatives on hand, a contemporary Greek chorus commenting on Charlotte's cases and on her life. Inner City Blues and Stormy Weather are both more than mysteries: they are the equivalent of family albums.

In her latest adventure, Charlotte sets to work, unofficially, on a case in which a legendary black filmmaker and social activist, the elderly Maynard Duncan, has just died of cancer. The trouble is that there is a strong possibility that his path apparently crossed that of a killer nurse known as the "Angel of Mercy," recently convicted in the deaths of several black men in geriatric care.

Several plot threads eventually converge, and some readers will undoubtedly complain that Woods provides a lot more talk than action. But, when all's said and done, her creative ambitions can only be applauded. Whether she's imagining an early 1940s black mystery film set in Watts (Murder in Mudtown, complete with musical numbers), or dispatching Charlotte on a dangerous collision course with a corrupt LAPD superior, Woods never shirks from the more difficult scenarios, the sort that can be pretty challenging to tidily tie up.

One of those satisfying mystery moments comes at the end of Stormy Weather when our heroine realizes that what she has been seeking has been hiding in plain sight all along. The denouement manages to be both melodramatic and satisfying, with all the loose ends firmly tucked away. --Otto Penzler