Items related to THE STORY OF MY ASSASSINS 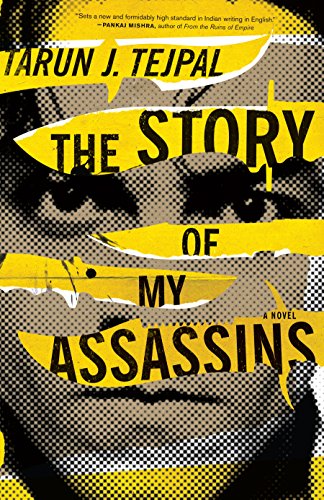 THE STORY OF MY ASSASSINS

Author of THE ALCHEMY OF DESIRE. As new, unread copy, in as new, mylar-protected dust jacket. L151. Bookseller Inventory # 020875

Title: THE STORY OF MY ASSASSINS

Based on actual events, The Story of My Assassins tells the story of a journalist who learns that the police have captured five hitmen on their way to kill him. Landing like a bombshell on his comfortable life, just as he’s started a steamy affair with a brilliant woman, the news prompts him to launch an urgent investigation into the lives of his aspiring murderers—a ragtag group of street thugs and village waifs—and their mastermind. Who wanted him dead, and why?

But the investigation forces him to reexamine his own life, too—to confront his own notion of himself, his job, and his treatment of the women in his life, as well as his own complex feelings about the country that crafted his would-be killers.

It is an awesome adventure into the heart of today’s India.

Tarun J. Tejpal is a journalist, publisher, novelist, and founder of India’s leading news magazine, Tehelka. He has been named one of India’s most influential people by The Guardian, Businessweek and Asiaweek. A celebrated literary novelist as well as a journalist, his fiction has been awarded France’s Prix Mille Pages and was a finalist for the Man Asian Literary Prize. His debut novel, The Alchemy of Desire, was hailed by V.S. Naipaul as “a new and brilliantly original novel from India.” Tejpal lives in New Delhi.