Home H. M. Tomlinson The Sea and the Jungle 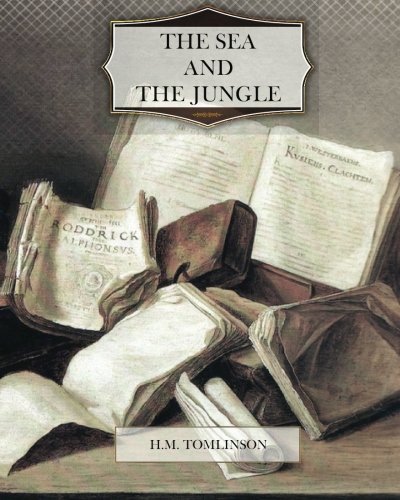 The Sea and the Jungle

Synopsis: This anthology is a thorough introduction to classic literature for those who have not yet experienced these literary masterworks. For those who have known and loved these works in the past, this is an invitation to reunite with old friends in a fresh new format. From Shakespeare s finesse to Oscar Wilde s wit, this unique collection brings together works as diverse and influential as The Pilgrim s Progress and Othello. As an anthology that invites readers to immerse themselves in the masterpieces of the literary giants, it is must-have addition to any library.

From the Back Cover: Considered a masterpiece of travel literature for nearly a century, The Sea and the Jungle is a wise and witty book of firsts: ostensibly a light-hearted story of a Londoner's first ocean voyage, it is also a carefully crafted journalistic account of the first successful ascent of the Amazon River and its tributary, the Madeira, by an English steamer. One rainy morning in November 1909, Henry Major Tomlinson bid farewell to his family and set off to find his berth as purser aboard the Capella, where he would spend many storm-driven days until landfall at Para on the Brazilian coast. But his travels had only begun, as the steamer continued its journey 2,000 miles up the Amazon. Encountering tiny jungle villages and exotic flora and fauna of awesome beauty and ferociousness - the meddlesome insect life in particular attracted his attention - Tomlinson recorded all he saw in cleverly humorous style: never condescending, but always aware of the inherent inappropriateness of his presence in this strange land.

1. The Sea and the Jungle

Book Description CreateSpace Independent Publishing Platform. Paperback. Condition: Very Good. A copy that has been read, but remains in excellent condition. Pages are intact and are not marred by notes or highlighting, but may contain a neat previous owner name. The spine remains undamaged. At ThriftBooks, our motto is: Read More, Spend Less. Seller Inventory # G1475223854I4N00

2. The Sea and the Jungle