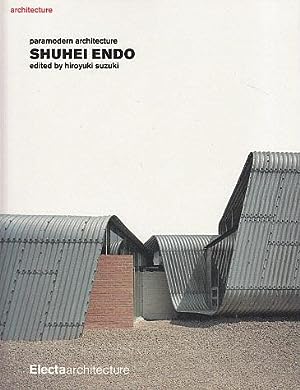 Synopsis: Japanese architect Shuhei Endo can be defined as an architect of steel, since he distinctly favors this material in the buildings he designs, continually experimenting with its infinite possibilities. His works are apparently weightless and communicate a sense of liberty: undulating sheets of steel are twisted into spirals and wrapped around buildings in overlapping layers, like petals of flowers, or arranged on different levels to create a membrane around open spaces. This approach is most evident in the "great roofs" that house Endo-designed offices, such as Rooftecture N (Nisinomiya, Hyogo, 1998), or spaces for relaxation and meetings, such as Rooftecture T (Fukui, 1997), as well as private homes, such as Springtecture H (Harima, 1998) and Rooftecture M (Maruoka, 2001). Born in 1960 in Shiga Prefecture, Japan, he graduated in 1986 from the Kyoto School of Art and then joined the Osamu Ishii Biken Associates architectural studio. In 1988 he founded the Shuhei Endo Institute in Osaka and began teaching at Kinki University, Kobe Design University, and the Fukui Institute of Technology.

About the Author: Hiroyuki Suzuki is a professor of architecture at the University of Tokyo, where he has taught since 1990. He has published essays and articles in leading Japanese and international periodicals and is the author of the books Shisendo: Hall of the Poetry Immortals (1991) and Back from Utopia (2002).

Book Description Phaidon Press, 2006. Condition: Good. A+ Customer service! Satisfaction Guaranteed! Book is in Used-Good condition. Pages and cover are clean and intact. Used items may not include supplementary materials such as CDs or access codes. May show signs of minor shelf wear and contain limited notes and highlighting. Seller Inventory # 1904313434-2-4

Shipping: US$ 34.50
From Spain to U.S.A.
Destination, rates & speeds
#renderBDPScripts()