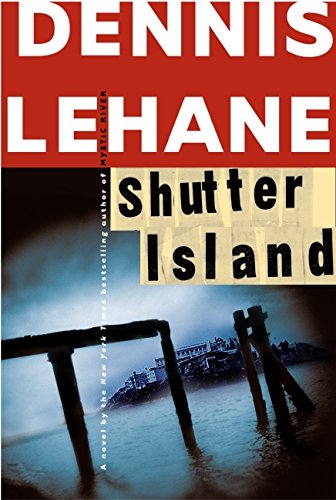 A Fine, nearly as new book in a Fine dust jacket. First Edition (stated)/ First Printing (10 9 8 7 6 5 4 3 2 1). SIGNED and dated by the author on the title page. Book nudged lightly at rear base of spine else clean, unmarked, tight and square. Jacket is fully intact, bright and clean with no markings or tears. A solid, unread, highly collectible copy over all. Bookseller Inventory # 001055

The basis for the blockbuster motion picture directed by Martin Scorsese and starring Leonardo DiCaprio, Shutter Island by New York Times bestselling author Dennis Lehane is a gripping and atmospheric psychological thriller where nothing is quite what it seems. The New York Times calls Shutter Island, “Startlingly original.” The Washington Post raves, “Brilliantly conceived and executed.” A masterwork of suspense and surprise from the author of Mystic River and Gone, Baby, Gone, Shutter Island carries the reader into a nightmare world of madness, mind control, and CIA Cold War paranoia and is unlike anything you’ve ever read before.

U.S. Marshal Teddy Daniels has come to Shutter Island, home of Ashecliffe Hospital for the Criminally Insane. Along with his partner, Chuck Aule, he sets out to find an escaped patient, a murderess named Rachel Solando, as a hurricane bears down upon them.

But nothing at Ashecliffe Hospital is what it seems.

And neither is Teddy Daniels.

Is he there to find a missing patient? Or has he been sent to look into rumors of Ashecliffe’s radical approach to psychiatry? An approach that may include drug experimentation, hideous surgical trials, and lethal countermoves in the shadow war against Soviet brainwashing. . . .

Or is there another, more personal reason why he has come there?

As the investigation deepens, the questions only mount:

How has a barefoot woman escaped the island from a locked room?

Who is leaving clues in the form of cryptic codes?

Why is there no record of a patient committed there just one year before?

What really goes on in Ward C?

Why is an empty lighthouse surrounded by an electrified fence and armed guards?

The closer Teddy and Chuck get to the truth, the more elusive it becomes, and the more they begin to believe that they may never leave Shutter Island.Because someone is trying to drive them insane. . . .