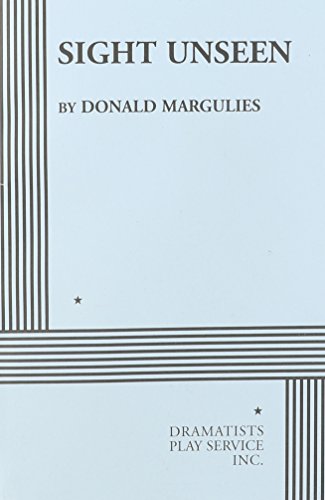 Donald Margulies studied visual arts at the Pratt Institute before transferring to State University of New York to pursue a degree in playwriting. During the early 80’s he collaborated with Joseph Papp, and his first Off-Broadway play, Found a Peanut, was produced at the Public Theatre. In 1992, Sight Unseen won an Obie for Best New American Play. Some of this other plays include The Loman Family Picnic, Pitching to the Star, Zimmer, Luna Par and Dinner With Friends which won Mr. Margulies a 2000 Pulitzer Prize for Drama. He had previously been nominated for a Pulitzer for Collected Stories. Starring: Anna Gunn, Adam Arkin, Jordan Baker, and Randy Ogelsby

The milieu is the art world, and Pulitzer Prize-winning playwright Donald Margulies takes us on a rocky backward and forward journey through the career, values, and loves of a now-famous painter. It’s about the art scene, the loss of love, and the price of assimilation – both ethnic and intellectual – in an America where authenticity often has little to do with an artist’s, or anyone’s rise to the top.