Items related to The Sinatra Club: My Life Inside the New York Mafia 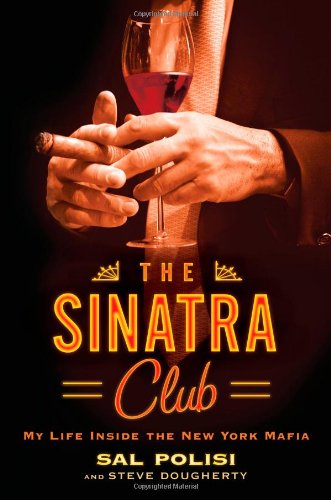 The Sinatra Club: My Life Inside the New York Mafia

Title: The Sinatra Club: My Life Inside the New ...

In the bestselling tradition of Wiseguy comes a mobster’s behind-the-scenes look at how drugs and greed and the decline of traditional family values brought down an American institution—the New York Mafia.

The Mob was the biggest, richest business in America—too dangerous and too deadly to fail. Until it was destroyed from within by drugs, greed, and the decline of its traditional crime Family values.

He was born in Brooklyn—the same place that spawned Murder, Inc., Al Capone, and John Gotti, the future Mob godfather who became his friend. Polisi was raised on a family legacy that led him into the life he loved as a member of the Colombos, one of the New York Mob’s feared Five Families, and came of age when the Mafia was at the height of its vast wealth and power.

Known by his Mob name, Sally Ubatz (“Crazy Sally”), he ran an illegal after-hours gambling den, The Sinatra Club, that was a magic kingdom of crime and a hangout for up-and-coming mobsters like Gotti and the three wiseguys immortalized in Martin Scorsese’s GoodFellas—Henry Hill, Jimmy Burke, and Tommy DeSimone. For Polisi, the nonstop thrills of glory days spent robbing banks, hijacking trucks, pulling daring heists—and getting away with it all, thanks to cops and public servants corrupted by Mob money—were fleeting. When he was busted for drug trafficking, and already sickened by the bloodbath that engulfed the Mob as it teetered toward extinction, he flipped and became one of a breed he had loathed all his life—a rat.

In this riveting, pulse-pounding, and, at times, darkly hilarious first-person chronicle of his brazen crimes, wild sexual escapades, and personal tragedies, Polisi tells his story of life inside the New York Mob in a voice straight from the streets. With shocking candor, he draws on a hard-won knowledge of Mob history to paint a neverbefore- seen picture of the inner workings of the Mob and the larger-than-life characters who populated a once extensive and secret underworld that, thanks to guys like him, no longer exists.

I was always a street guy. I was into robbing and stealing and gambling and loan sharking. I wasn’t involved in the bigmoney sit-downs, the labor racketeering and construction company shakedowns, the Garment District and garbage and cement company kickbacks. . . . For guys like me and Fox, my blood brother and crime partner, the thing we loved about being in that life was the action, the excitement. . . .We were in it for the money, sure. But it was the danger, the thrills that made the life of crime something special.

A guy like John Gotti was different. He was far more ambitious than me and Fox. He wasn’t just in it for the rush and the riches. He wanted the power and the glory.

John Gotti’s tragedy, if you can call it that, was that he was born too late for the old-school gangster crown that he craved. He began his rise as the Mob was beginning to crumble; by the time he got to the top, the bottom had dropped out.

From the beginning, John was charismatic and smart. He just wasn’t cut out to be godfather. Once he became boss, he drove the bus right off the bridge. Or maybe it was the bus that drove him. Either way, I watched him go.

Here’s how it all happened.

Sal Polisi spent much of his life inside the New York Mafia before he flipped and provided testimony against key Family members. No longer under federal witness protection, he has been featured in The New York Times, Vanity Fair, New York, and Playboy, and has been interviewed by Larry King, Connie Chung, and Matt Lauer, among others. He works as a screenwriter and playwright and also speaks frequently in schools and at law enforcement gatherings as an organized crime expert. He lives somewhere in America. Coauthor Steve Dougherty is a freelance journalist in New York City.