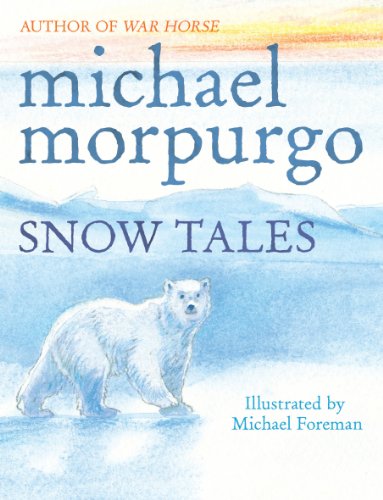 Synopsis: The book will be shipped from US.

About the Author: Michael Morpurgo (Author) Michael Morpurgo has written over 120 books, many of them award-winning. His most well-known work, War Horse, was adapted into a multi-Oscar nominated film by Steven Spielberg, and a widely-acclaimed play at the National Theatre. In 2003 Michael became the third Children's Laureate, a position he helped create with the poet Ted Hughes. With his wife, Clare, he set up the charity Farms for City Children, and for their pioneering work they were both awarded the MBE in 1999.Michael Foreman (Illustrator) Michael Foreman is one of the most talented and popular creators of children's books today. He has won the Kate Greenaway Medal two times and has been the UK nominee for the Hans Christian Andersen Award twice. His highly acclaimed books are published all over the world. He is married and has three sons. He divides his time between St Ives in Cornwall and London.

Book Description Random House Children's Publishe, 2012. Paperback. Condition: Good. All orders are dispatched the following working day from our UK warehouse. Established in 2004, we have over 500,000 books in stock. No quibble refund if not completely satisfied. Seller Inventory # mon0003960085

Book Description Paperback. Condition: Very Good. The book has been read, but is in excellent condition. Pages are intact and not marred by notes or highlighting. The spine remains undamaged. Seller Inventory # GOR004905667

Book Description Random House Childrens Publishers UK, 2012. Paperback. Condition: Used; Good. **Simply Brit** Shipped with Premium postal service within 24 hours from the UK with impressive delivery time. We have dispatched from our book depository; items of good condition to over ten million satisfied customers worldwide. We are committed to providing you with reliable and efficient service at all times. Seller Inventory # 1296269

There are 12 more copies of this book