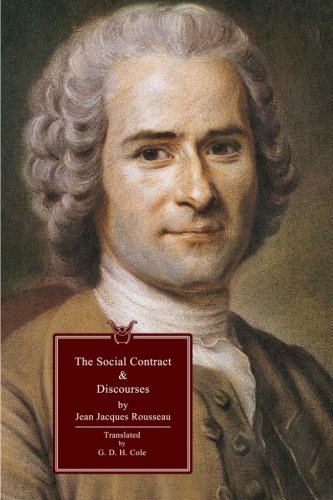 Synopsis: A book in which Rousseau theorized about the best way to establish a political community in the face of the problems of commercial society, which he had already identified in his Discourse on Inequality (1754).

From the Back Cover: Holding men in wretched subservience, feudalism --- alongside religion --- was a powerful force in the eighteenth century. Self-serving monarchic social systems, which collectively reduced common people to servitude, were now attacked by Enlightenment philosophers, of whom Rousseau was a leading light. His masterpiece, The Social Contract, profoundly influenced the subsequent development of society and remains provocative in a modern age of continuing widespread vested interest.