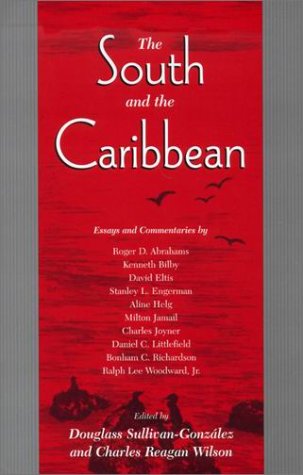 The South and the Caribbean (Chancellor Porter L. Fortune Symposium in Southern History)

With the trade of sugar, rum, and African slaves in the islands that form a perimeter around the Gulf of Mexico, the broad expanse of water known as the Caribbean ringed what came to be known as the South.

Today concise political boundaries separate the coasts of the American South from the multicultural worlds that dominate the islands. Yet all anecdotal evidence suggests far greater ties. One listens to the reggae in the streets of New Orleans or to the rumba in Atlanta. One notes the moans of the blues in the cafes of Veracruz and watches Major League games in which young Dominican athletes hurling lightning-fast balls become national heroes on their island homeland beset by political and economic woes.

Do these human links suggest a greater regionalism than was previously acknowledged? This exciting study of two discrete yet kindred areas gives an affirmative answer. It comes to terms with what many have considered distinct yet fluctuating boundaries that separate and bond southern peoples.

These papers from the Chancellor's Symposium at the University of Mississippi in 1998 focus on and examine the strong connections. Geographer Bonham C. Richardson analyzes the territory as a cultural region "with Little Rock at the northwest corner and French Guiana at the southeast that also includes the eastern rim of Central America as well as the Bahamas." Other contributors explore the creative cultures that emerged when a brutal European economy enslaved Africans for labor. The essays also examine the economic connections that have created such dissimilar and lasting legacies as the plantation system and the love of baseball.

The South and the Caribbean flow into each other culturally, economically, and socially. These papers and their commentaries suggest that future study of these regions must deal with them together in order to understand each. The merging of the two through music, dance, language, sports, and political aspiration -- all discussed in this book -- serves to give birth to a New South and a New Caribbean.

At the University of Mississippi, Douglass Sullivan-González is an associate professor of history and Charles Reagan Wilson is the director of the Center for the Study of Southern Culture.

1. The South and the Caribbean (Chancellor Porter L. Fortune Symposium in Southern History)

2. The South and the Caribbean

Book Description University Press of Mississippi. Hardcover. Condition: Good. A copy that has been read, but remains in clean condition. All pages are intact, and the cover is intact. The spine may show signs of wear. Pages can include limited notes and highlighting, and the copy can include previous owner inscriptions. At ThriftBooks, our motto is: Read More, Spend Less. Seller Inventory # G1578063124I3N00

3. The South and the Caribbean (Chancellor Porter L. Fortune Symposium in Southern History)

Book Description University Press of Mississippi, 2001. Condition: Good. A+ Customer service! Satisfaction Guaranteed! Book is in Used-Good condition. Pages and cover are clean and intact. Used items may not include supplementary materials such as CDs or access codes. May show signs of minor shelf wear and contain limited notes and highlighting. Seller Inventory # 1578063124-2-4

4. The South and the Caribbean (Chancellor Porter L. Fortune Symposium in Southern History)

5. The South and the Caribbean