Home Henty, G. A. St. George for England: A Tale of Cressy and Poitiers 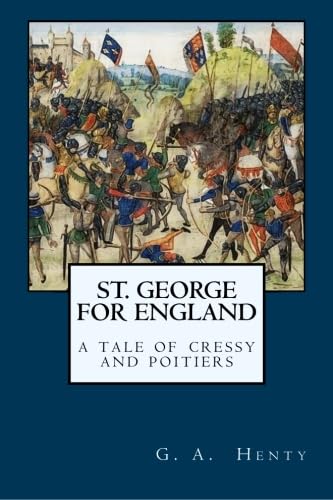 St. George for England: A Tale of Cressy and Poitiers

Synopsis: At no period of her history did England stand so high in the eyes of Europe as in the time whose events are recorded in this volume. A chivalrous king and an even more chivalrous prince had infected the whole people with their martial spirit, and the result was that their armies were for a time invincible, and the most astonishing successes were gained against numbers which would appear overwhelming. The victories of Cressy and Poitiers may be to some extent accounted for by superior generalship and discipline on the part of the conquerors; but this will not account for the great naval victory over the Spanish fleet off the coast of Sussex, a victory even more surprising and won against greater odds than was that gained in the same waters centuries later over the Spanish Armada. The historical facts of the story are all drawn from Froissart and other contemporary historians.

About the Author: Dubbed the "Prince of Storytellers" and "The Boy's Own Historian," George Alfred Henty is considered a Victorian literary phenomenon.

1. St. George for England: A Tale of Cressy and Poitiers

Book Description Henty Press. Paperback. Condition: Good. A copy that has been read, but remains in clean condition. All pages are intact, and the cover is intact. The spine may show signs of wear. Pages can include limited notes and highlighting, and the copy can include previous owner inscriptions. At ThriftBooks, our motto is: Read More, Spend Less. Seller Inventory # G1434430316I3N00

2. St. George for England: A Tale of Cressy and Poitiers