Home Kathleen K Stoner with a Boner: (It's a Long Story) 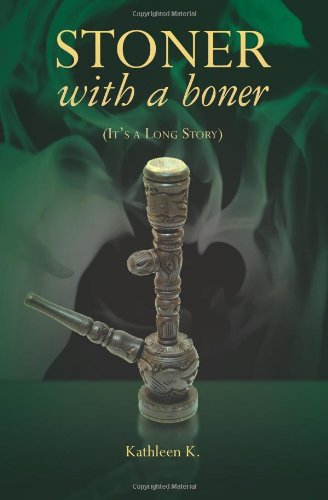 Stoner with a Boner: (It's a Long Story)

Synopsis: Stoner with a Boner (It's a Long Story) is a pot-centric sexotic bedside reader for the adult mind. This fictional memoir is presented as a rambling narrative, thoughtful and funny. If this is a guy you know, this part of his life is on the down-low; not hidden, not advertised. It just is. Like his luck with the ladies, a sacred element in his life not to be squandered reliving on the job (and vice versa). In retrospect, we share his days of work and play. A grocer. A pot head. Lover and friend.

The language is tart and specific when it isn't wandering off toward reveries of the good old days. You're hearing the words of a grown stoner, an otherwise upright citizen, keeping his counterculture perspective alive one doobie at a time. It's a long story the way he tells it.

The sex has been steamy which makes for explicit recollections. He's a fan of the female, drawn to them as equals: equally interested, equally involved, equally independent. He's not dangling a more complex relationship than the one he offers in the here and now (there and then). He's careful to learn their names (Trixie, Belle, Bronwyn, Siobhan). He thought he liked little lean blondes until he had his eye lids peeled back by a tall redhead. He's not a user; he doesn't have to slink out the back door of a bar because somebody walked in the front door. He doesn't trick women into bed; it's more a matter of knowing.

From the Author: I've produced my writing as a small press alternative publisher since the early 1980's, I gained my first modest commercial success in the 90's with a nonfiction book about phone sex still available as collectible erotica.  I retired from active promotion to raise a child and work a day job.  I wrote late at night and circulated the writing among friends and strangers-I-met for fifteen years, until I morphed into an empty nester.

I now have four books available online in print and eBook format, the fifth due out in March 2012 and a sixth in May.  All told, there will be twelve books considered The Private Publications to be completed in 2013.

Half the collection is sexotic and counterculture, not suitable for some.  I tag them as Bedside Readers for the Adult Mind.  Sweet Talkers (Words from the Mouth of a Pay-to-Say Girl); The Lunarium (One man's memories of the watchers and the watched) and Stoner with a boner (It's a Long Story).

Self-publishing is a perfect fit for me; I let Amazon and CreateSpace do the retailing and I do the designing.  I've always PRODUCED my work and encourage others to do the same, let it fly!