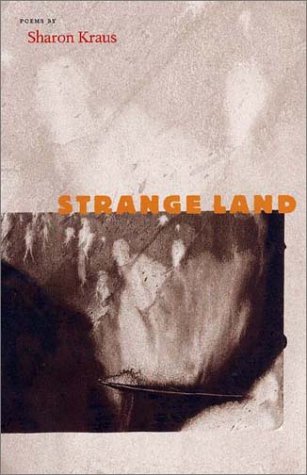 Strange Land, Sharon Krau's second book of poems, chronicles the life of a woman embarking on marriage and contemplating the possibility of motherhood. The poems wrestle with the narrator's childhood, fraught with violence and ambivalence, and work to reconcile her past with the course of her future. From the Ice Child of the Andes to a pigeon lost in a New York City subway station, the imagery driving the poems is constantly surprising, and is underpinned with humor and reverence. These are rigorous poems that take nothing for granted - every emotion is interrogated, every resolution is contingent.

Sharon Kraus's poems have appeared in TriQuarterly, Agni, Georgia Review, Massachusetts Review, Quarterly West, Barrow Street, and other journals. Her awards include fellowships from the MacDowell Colony and the Editors' Choice award from Columbia: A Journal of Literature and Art. She teaches at Queens College, City University of New York, Flushing.