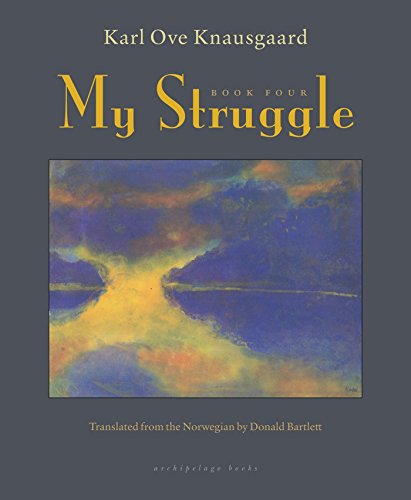 A fine, clean and tight hardcover copy in a fine jacket/brodart covered. First Edition. A very nice copy. No ownership signatures. No tears to jacket. No bumped corners to book. *** WE BOX AND SHIP ALL BOOKS WITH USPS TRACKING. *** WE HAVE BEEN BUYING AND SELLING USED BOOKS FOR OVER 36 YEARS. Bookseller Inventory # 001214

At eighteen years old, Karl Ove moves to a tiny fisherman's village in the far north of the Arctic circle to work as a school teacher. No interest in the job itself, his intention is to save up enough money to travel while finding the space and time to start his writing career. Initially everything looks fine. He writes his first few short stories, finds himself accepted by the hospitable locals, and receives flattering attention from several beautiful local girls. But as the darkness of the long arctic nights start to consume the landscape, Karl Ove's life takes a darker turn. His writing repeats itself, his drinking escalates to some disturbing blackouts, his attempts at losing his virginity end in humiliation and shame, and to his distress, he also develops romantic feelings towards one of his students. Along the way, there are flashbacks to his high school years and the roots of his current problems. Ever present is the long shadow cast by his father, whose own sharply increasing alcohol consumption serves as an ominous backdrop to the author's lifestyle.

An Amazon Best Book of May 2015: He’s back! Karl Ove Knausgaard returns with his trademark hypnotic honesty, but this time he’s determined to make you laugh out loud. I read the fourth installment of his six-volume autobiographical novel My Struggle voraciously, greedily, happily. The writing is lighter, funnier than it’s ever been: Karl is no longer quaking in fear of his father, and not yet weighed down by the burdens of parenthood and the crushing anxiety of life. Instead he’s in the prime of his rowdy adolescent years – sixteen, seventeen, and eighteen – when all there is to think about is sex, drugs, and rock and roll. Effortlessly, he weaves in and out of his teenage past, recounting his year as a teacher in a northern Norway town, his first writing gig as a music critic, the beginning of his father’s alcoholism, his own reckless debauchery, and above all his all-consuming (often unconsummated) interest in the opposite sex. As he begins to formalize his dedication to writing, it’s easy to revel in the purity of his ambition, knowing that he eventually will find the audience he is clamoring for. And for those that haven’t taken the My Struggle plunge, the flush of adolescence could be the perfect inauguration to a new addiction. --Al Woodworth