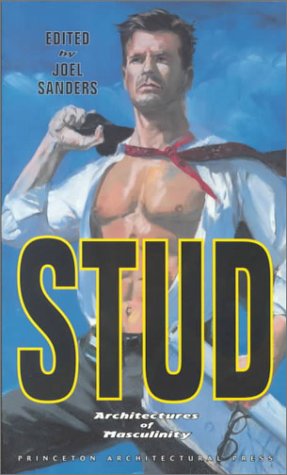 Stud is an interdisciplinary exploration of the active role?architecture plays in the construction of male identity. Architects,?artists, and theorists investigate how sexuality is constituted through?the organization of materials, objects, and human subjects in actual?space. This collection of essays and visual projects critically analyzes?the spaces that we habitually take for granted but that quietly?participates in the manufacturing of "maleness." Employing a variety of?critical perspectives (feminism, "queer theory," deconstruction, and?psychoanalysis), Stud's contributors reveal how masculinity, always?an unstable construct, is coded in our environment. Stud also?addresses the relationship between architecture and gay male sexuality,?illustrating the resourceful ways that gay men have appropriated and?reordered everyday public domains,from streets to sex clubs, in the?formation of gay social space.?

It's the disparate range of material that gets stuffed into Stud... that makes it a worthy if a weird read. Ernest Pascucci, Bookforum

What makes this book such a compelling read is the subject matter which informs its essays. Architecture Design