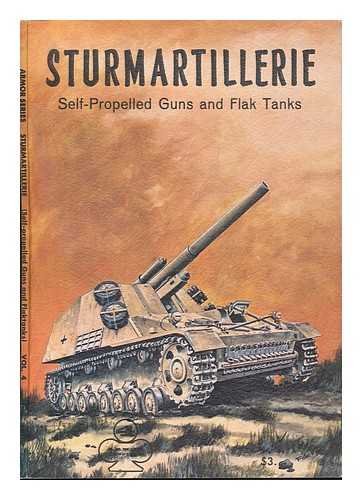 A first paperback edition. Book is clean and tight. Has minor shelf wear. We put tracking on every shipment. Bookseller Inventory # 41502

Book Description Aero Publishers, 1967. Condition: Good. A+ Customer service! Satisfaction Guaranteed! Book is in Used-Good condition. Pages and cover are clean and intact. Used items may not include supplementary materials such as CDs or access codes. May show signs of minor shelf wear and contain limited notes and highlighting. Seller Inventory # 0816820120-2-4

Book Description Aero Publishers, 1967. Paperback. Condition: Very Good. Dust Jacket Condition: No Dust Jacket. First Edition; First Impression. The first major call for a "Sturmartillerie" as a mobile and armored infantry support gun was in 1935 in a memorandum from Erich von Manstein, back then, when he was still a Colonel. (Wettstein, Adrian: Sturmartillerie, S. 3) During combat it became obvious that the combat effectiveness of infantry units was increased by a large degree due to the use of the assault gun units. Due to the high amount of training, firepower and mobility. It should be noted that the assault guns were part of artillery branch, thus they were accustomed to supporting infantry from the get go.; 8vo 8" - 9" tall; 52 pages. Seller Inventory # 61790