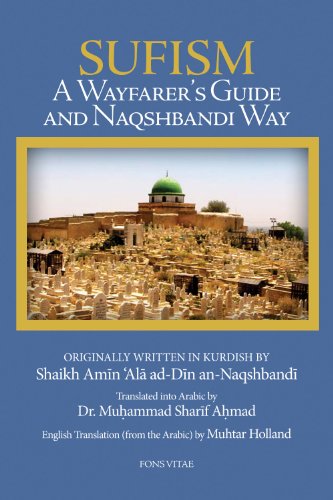 Unlike most English-language books on Sufism—which tend to reflect on the sociocultural orientations of the modern West—this account provides a window into the living Sufism of the Khalidi-Naqshbandi of Kurdistan. In this sense, Sufism is quite unique as it contextualizes the practice both historically and within the Islamic religious milieu. With reviews on the 25 stations experienced by Sufis, from repentance to servanthood, this reference also discusses 15 common altered states of consciousness as well as technical terms, praiseworthy and blameworthy attributes, and the Naqshbandi path. Given its comprehensive content, this book offers a solid basis upon which to understand authentic Sufi practice.

About the Author: Shaikh Amin 'Ala ad-Din an-Naqshbandi was the paramount Naqshbandi shaykh in Kurdistan and great-grandson of Mawlana Khalid, the founder-figure of the Khalidi-Naqshbandi Sufi lineage. Dr. Muhammad Sharif Ahmad was a professor at Baghdad University, a member of Iraq's scientific committee, and a deputy minister. Muhtar Holland was a well-known translator of Sufi books, including Rashahat-i ayn al-hayat.