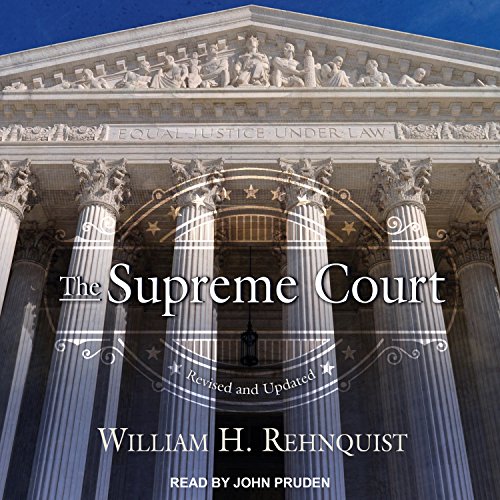 Synopsis: Chief Justice Rehnquist's engaging writing illuminates both the high and low points in the Court's history, from Chief Justice Marshall's dominance of the Court during the early nineteenth century through the landmark decisions of the Warren Court. Citing cases such as the Dred Scott decision and Roosevelt's Court-packing plan, Rehnquist makes clear that the Court does not operate in a vacuum, that the justices are unavoidably influenced by their surroundings, and that their decisions have real and lasting impacts on our society. The public often hears little about the Supreme Court until decisions are handed down. Here, Rehnquist reveals its inner workings-the process by which cases are chosen, the nature of the conferences where decisions are made, and the type of debates that take place. With grace and wit, this incisive history gives a dynamic and informative account of the most powerful court in the nation and how it has shaped the direction America has taken.