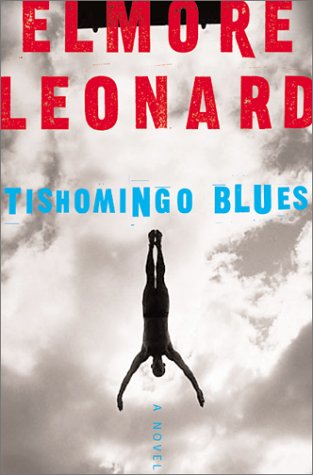 “Leonard delivers a certifiable masterpiece of such twisted ingenuity that he transcends even his own bad self....Tishomingo Blues is that good.”

Take a high diver who witnesses a murder from his perch 80 feet above a Mississippi casino. Add a cooler-than-thou con artist from Detroit who's out to take over the Dixie mafia's lucrative Gulf Coast drug business. Throw in a crooked deputy sheriff and an honest state cop. Put them all in costume along with a bunch of other "reenactors" bent on refighting an important Civil War battle, season with plenty of historic detail, and you've got all the classic ingredients of an Elmore Leonard novel--except for drama, suspense, or mystery, that is. This is a rib-tickler in the Carl Hiaasen/Dave Barry tradition rather than the kind of thriller Leonard wrote before Hollywood discovered him. As the author himself explains, his intent was to entertain himself by gathering an odd assortment of characters, building a story as they bump heads, and seeing what happens. And as usual, he carries it off with style, wit, and brio. Readers will be casting the inevitable movie in their heads (Samuel L. Jackson is a lock for Robert, who glides into town in a flashy Jag and gets the action going) as they chuckle their way to the last hilarious page. --Jane Adams