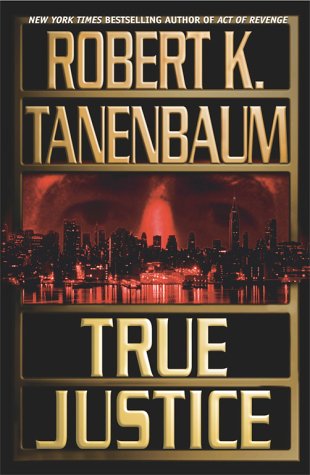 For Butch Karp, chief assistant district attorney for New York County, the nightmare begins when a shocking act of negligence results in homicide. Goaded by the media's sensational publicity, the public is screaming for blood, and Karp's boss, D.A. Jack Keegan, is listening. He has ordered the prosecution of a fifteen-year-old for murder, intent on making a very public example of the girl. A Hispanic from a poor neighborhood, she's an easy mark for big-city bureaucracy and bigotry. It is Butch Karp's unpleasant job to see that the prosecution gives the public what it wants: a quick and thorough administration of hard-line justice.
Complicating matters further is Butch's wife, Marlene Ciampi, a private investigator who has decided to return to practicing law. Her first case takes her a few hundred miles south to a small Delaware town, where an equally unspeakable tragedy has taken place. Marlene, however, has the unenviable task of taking on a politically ambitious local prosecutor who is pressing to charge a suburban teenager with capital murder.
With Butch and Marlene squaring off on opposite sides of an increasingly incendiary national debate, things couldn't get any more tense...until a shocking turn of events puts their daughter, Lucy, at the center of a horrifying crime.

District Attorney Butch Karp and his pistol-packing wife Marlene Ciampi, the liveliest crime-fighting couple in New York, are back in True Justice. The first set of infanticides happen on Butch's watch: a wave of gruesome incidents in which newborns are killed or abandoned by their indigent teenage mothers. The second, Marlene's case, is straight out of the headlines: a middle-class college girl and her boyfriend are indicted for first-degree murder in the death of their baby after a concealed pregnancy.

The most interesting story belongs to Lucy, Butch and Marlene's teenage daughter, an incisively brilliant and complex young woman who deserves her own novel. Lucy's best friend's parents seem to have been murdered by an African furniture restorer of whose guilt Lucy is unconvinced. The real solution to the mystery of who killed the Maxwells is telegraphed well in advance, but all the crimes give Butch, Marlene, their colleagues in criminal justice, and even Lucy a chance to weigh in on the law's fault lines and the ironies implicit in what passes for justice in America. But it's Lucy's spiritual quest that provokes the book's most unusual and involving drama. Lucy's devout Catholic faith, like her prodigious talent for language (she can speak 14, but give her five days in a foreign country and that'll be 15, thank you), is a mystery to Butch, a lapsed Jew, and Marlene, who has trouble squaring her own faith with the violence that attends her job. When a Jesuit priest tries to explain it in the following passage, Butch is nonplused:

"Oh, I mean, two or three hundred years ago, a girl with her talents and predilections would have been in an order, with hourly guidance and a rule to follow. Think of Mickey Mantle being born in, say, Romania in 1830. The talent's there, but there's no cultural space for it."

This is a keenly intelligent book, many cuts above the usual courtroom procedural. The most interesting things happen outside the courtroom--the moral dilemmas, the political choices, the bonds between parents and daughter. The pacing is as swift as the dialogue, the characters are piercingly illuminated, and the philosophical jousting is worth a room full of Jesuits. This reader is heading straight for Tanenbaum's backlist and eagerly anticipating another novel with Lucy as the star. --Jane Adams