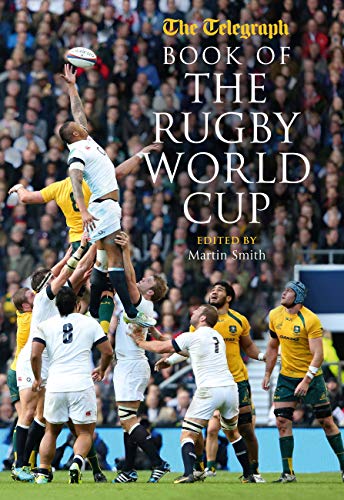 An anthology of the Telegraph's best articles written on the World Cup from some of the biggest names in rugby, this publication coincides with the Rugby World Cup in Autumn 2015.

About the Author: Martin Smith was assistant sports editor of the Telegraph for many years. He has edited previous Telegraph anthologies for Aurum on the Tour de France, Formula One, Wimbledon, horse racing and cricket letters. He lives in Bedfordshire.

Book Description . Paperback. Condition: Very Good. The book has been read, but is in excellent condition. Pages are intact and not marred by notes or highlighting. The spine remains undamaged. Seller Inventory # GOR006877500

Book Description Aurum Press Ltd, 2015. Hardcover. Condition: Used; Good. **Simply Brit** Shipped with Premium postal service within 24 hours from the UK with impressive delivery time. We have dispatched from our book depository; items of good condition to over ten million satisfied customers worldwide. We are committed to providing you with reliable and efficient service at all times. Seller Inventory # 1850614

Book Description Aurum Press, 2015. Hardcover. Condition: Used; Good. **SHIPPED FROM UK** We believe you will be completely satisfied with our quick and reliable service. All orders are dispatched as swiftly as possible! Buy with confidence!. Seller Inventory # 3462350

Book Description Aurum Press Ltd, 2015. Hardcover. Condition: Used; Good. Dispatched, from the UK, within 48 hours of ordering. This book is in good condition but will show signs of previous ownership. Please expect some creasing to the spine and/or minor damage to the cover. Seller Inventory # CHL4926135

Book Description Aurum Press Ltd, 2015. Hardcover. Condition: Fine. New and unread, however there is a scratch on back cover Shipped from the UK within 2 business days of order being placed. Seller Inventory # mon0000118020

8. The Telegraph Book of the Rugby World Cup