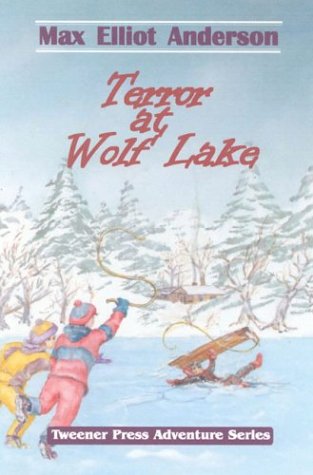 Synopsis: Eddy Thompson was known for one thing and one thing only. Eddy was a cheater. He cheated on anything , anytime, anywhere, until something happened at Wolf Lake. It wasn't the brutal cold. It wasn't when he fell through the ice. It wasn't when two scary men arrived at their remote cabin. What happened would change Eddy's life....forever.

About the Author: Max Elliot Anderson is a reluctant reader even though he grew up surrounded by books. In fact, his father has written more than 70 books. In spite of his attitude toward reading, he went on to graduate from college with a degree in psychology.

In an effort to determine why he didn't like to read, he discovered that for him the style of most children's books ". . . was boring, the dialog sometimes sparse, or when it was used, it seemed to adult."

Professionally, Mr. Anderson has been involved in the production of some of the most successful Christian films for children. His video productions have earned many national awards, including 3 Telly Awards (the equivalent of an Oscar). He was involved in a PBS television production that received an Emmy nomination and the double album won a Grammy.

Book Description Baker Trittin Concepts, 2003. Condition: Good. A+ Customer service! Satisfaction Guaranteed! Book is in Used-Good condition. Pages and cover are clean and intact. Used items may not include supplementary materials such as CDs or access codes. May show signs of minor shelf wear and contain limited notes and highlighting. Seller Inventory # 097292566X-2-4