Items related to Texans and War: New Interpretations of the State's... 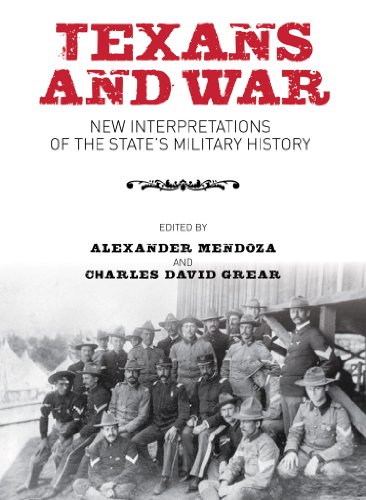 Title: Texans and War: New Interpretations of the ...

Beginning with tribal wars among Native Americans before Europeans settled Texas and continuing through the Civil War, the soil of what would become the Lone Star State has frequently been stained by the blood of those contesting for control of its resources. In subsequent years and continuing to the present, its citizens have often taken up arms beyond its borders in pursuit of political values and national defense.

Although historians have studied the role of the state and its people in war for well over a century, a wealth of topics remain that deserve greater attention: Tejanos in World War II, the common Texas soldier’s interaction with foreign enemies, the perception of Texas warriors throughout the world, the role of religion among Texans who fight or contemplate fighting, controversial paramilitary groups in Texas, the role and effects of Texans’ ethnicity, culture, and gender during wartime, to name a few. In Texans at War, fourteen scholars provide new studies, perspectives, and historiographies to extend the understanding of this important field.

One of the largest collections of original scholarship on this topic to date, Texans and War will stimulate useful conversation and research among historians, students, and interested general readers. In addition, the breadth and originality of its contributions provide a solid overview of emerging perspectives on the military history and historiography of Texas and the region.