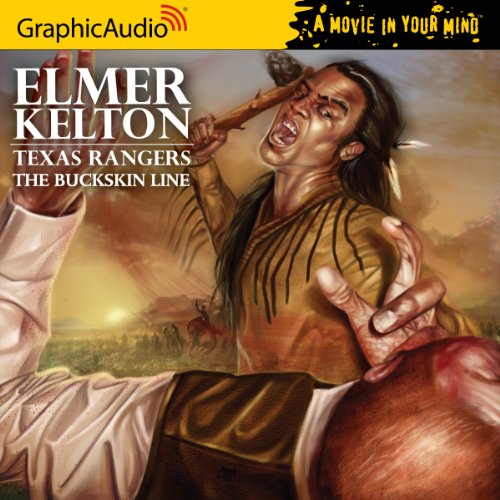 Synopsis: An intense, red-haired young man named Rusty Shannon rides into Fort Belknap on the Brazos River and joins the Texas Rangers. Years before, Mike Shannon rescued Rusty from a Comanche war party and became his adoptive father. Not long ago, Mike Shannon, was bushwhacked and killed, and his death still haunts Rusty. Rusty thinks he knows the identity of Mikes killers. But with Texas now in the throes of seceding from the Union, Rusty has his hands full fighting for the law in lawless Texas and for the life of the woman he loves. If that were not enough of a burden, Rusty is also heading for a showdown with the Comanche warrior who killed his family over twenty years ago.

From AudioFile: In this latest production in GraphicAudio's series, Rusty Shannon has left home to join the Texas Rangers to heal from the recent murder of his father. But tensions are high as Texas votes on whether to join the Union or the Confederacy. The potential for violence is spilling into the Native American community, whose members have much to lose if the state goes Confederate. Kelton's narrative provides a strong foundation for a powerful soundscape that includes a musical score, sound effects, and the voices of a full cast. The story's main narrator delivers his words in a gritty and haggard voice that epitomizes the mythic Western hero, and the other male voices project equally believable voices. L.E. © AudioFile 2010, Portland, Maine