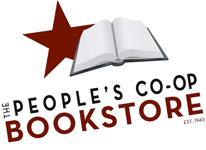 The People's Co-operative Bookstore Association was formed in 1945. Representing a broad coalition of Vancouver's progressive movements - trade unionists, Marxists, social democrats, Christian social justice activists - the People's Co-op Bookstore celebrated its 65th birthday in 2010 and is today the longest-standing independent bookstore in the city. Situated in the heart of Commercial Drive, it is owned and operated by its member-shareholders. Anyone can join.

We guarantee the condition of every book as it's described on the Abebooks web sites. If
you're dissatisfied with your purchase (Incorrect Book/Not as Described/Damaged) or if the
order hasn't arrived, you're eligible for a refund within 30 days of the estimated delivery
date. If you've changed your mind about a book that you've ordered, please use the Ask
bookseller a question link to contact us and we'll respond within 2 business days.

Insurance not included, extra charges may be applied to larger orders